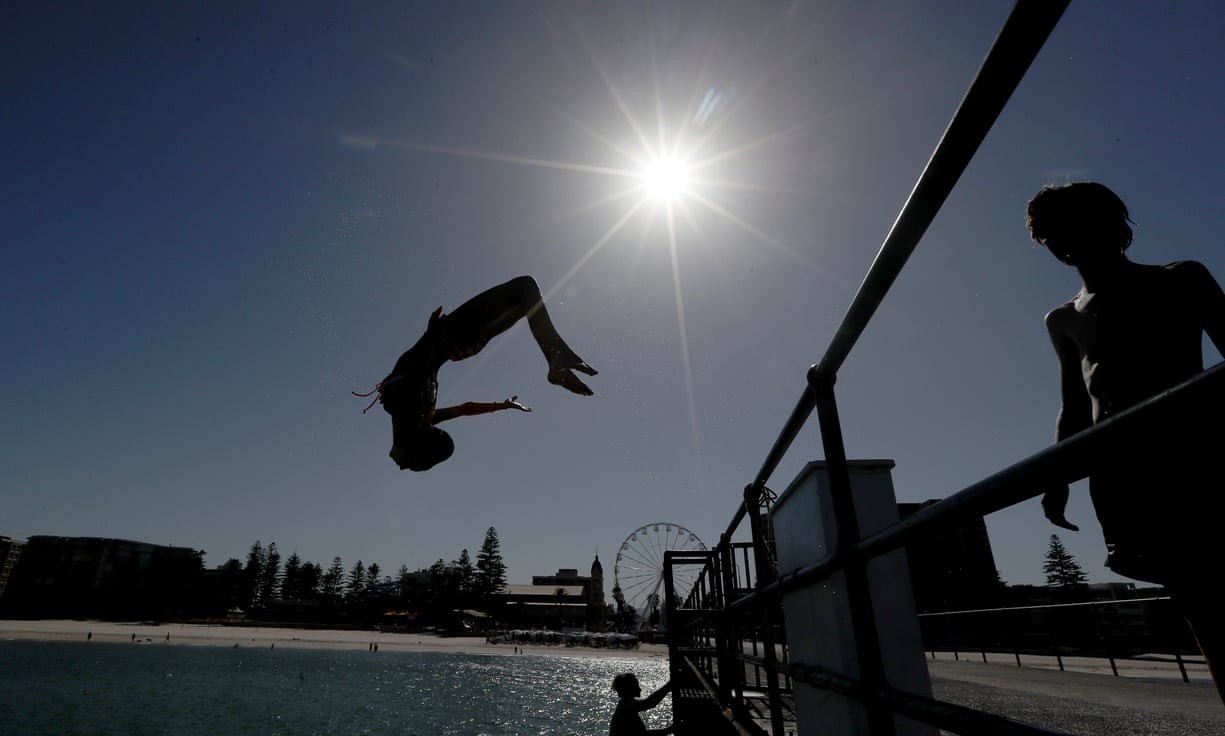 Temperature records have tumbled across South Australia, with the city of Adelaide experiencing its hottest day on record, as the second heatwave in as many weeks hit southern parts of Australia.

The Red Lion, a pub in the city’s Elizabeth North suburb, promised to hand out free beers if the mercury rose above 45C. By 1pm, there was a line out the door and round the block.

Last week, temperatures in Adelaide, home to 1.3 million people, hit 45C, sending homelessness shelters into a “code red”, and sparking fears of another mass fish death in the Menindee Lakes in the neighbouring state of New South Wales.

In central and western Australia, local authorities were forced to carry out an emergency animal cull, shooting 2,500 camels – and potentially a further hundred feral horses – who were dying of thirst.