Amazon Mangroves ‘Twice as Carbon Rich’ as Its Rainforests

To measure carbon stocks, the researchers measured changes to "biomass"—the weight amassed from the production of new leaves and shoots, or the thickening of a tree trunk, for example. 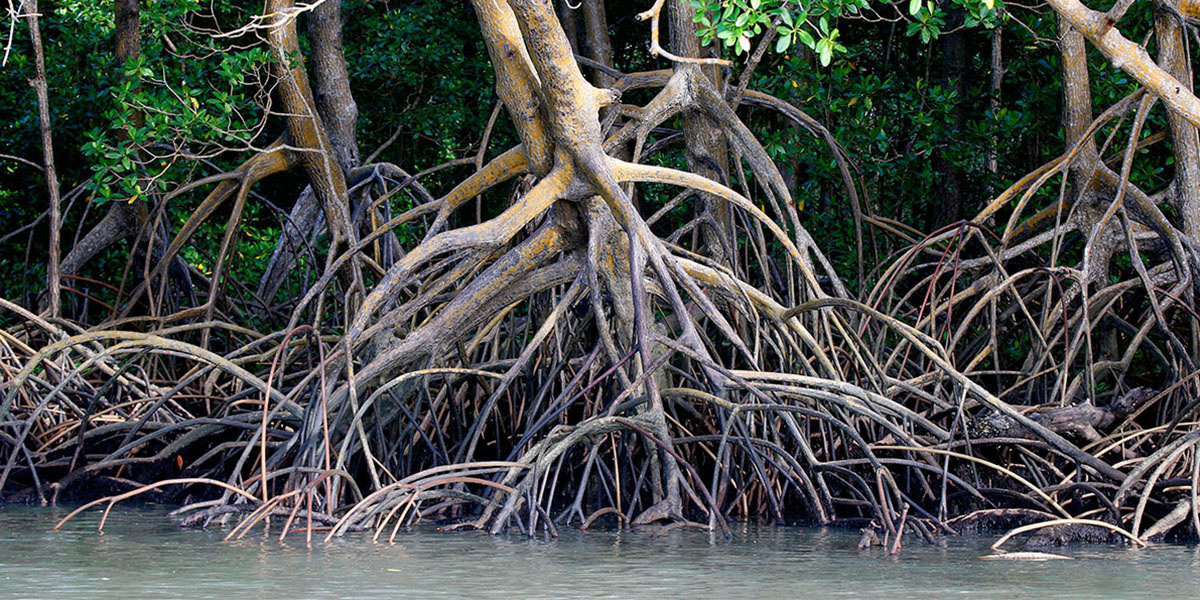 The vast mangroves of the Amazon store twice as much carbon per hectare as the region’s tropical forests, new research shows.

However, the wetlands face threats from deforestation and climate change, the researchers say. Introducing more measures to protect mangroves will be key to preserving its large carbon store, they add.

The findings provide “yet more evidence of the extraordinary carbon stocks found in mangroves” worldwide, another scientist told Carbon Brief.

Mangroves are trees and shrubs that grow in coastal waters across the tropics and subtropics. They are most easily recognized by their tall protruding roots, which they use to anchor themselves against incoming tides.

The new study, published in Biology Letters, is the first to make an on-the-ground estimate of how much carbon is stored in the Amazon’s vast wetlands.

It finds that, on average, Amazon mangroves store 511 tonnes of carbon per hectare—roughly double that of the region’s rainforests. Writing in their research paper, the authors said:

“The carbon stocks of the Amazon mangroves were over twice those of upland evergreen forests [rainforests] and almost 10-fold those of tropical dry forest [savannahs].”

For the study, the researchers visited nine mangroves—along with three salt marshes (a type of coastal grassland)—within the Brazilian Amazon.

At each site, they took measurements of the amount of carbon stored “aboveground,” in the trees and fallen leaf litter, and “belowground,” in the roots and soil.

Plants take in CO2 from the atmosphere during photosynthesis and later use it to build and extend their trunks, stems and roots. Because of this, measuring changes to biomass gives scientists an idea of how much carbon is being stored in a given area over time.