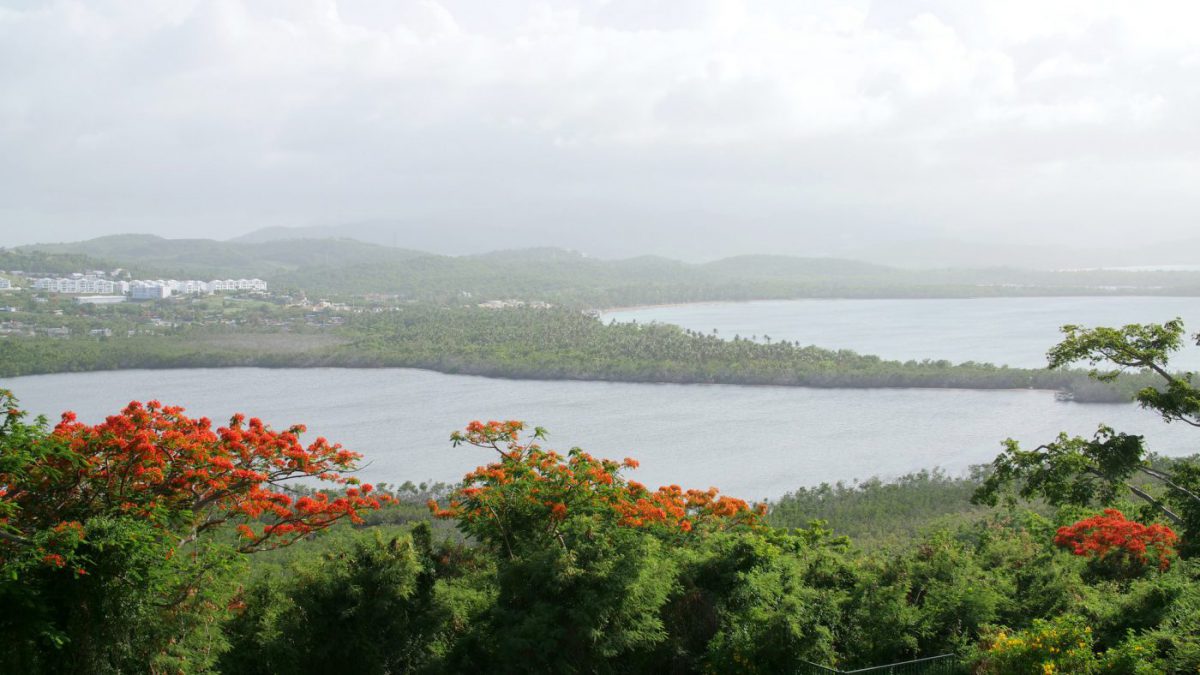 Alicea isn’t drinking guava juice or eating crunchy tostones. In Puerto Rico, the phrase is not necessarily related to taste—it implies the sensation of sweetness, or the loveliness of a sight. Instead, she’s relishing the essence of a mangrove tree.

“This is just…” Her words hang in the heavy, damp air as she pats the trunk of the tree, leaving me to infer her reverence for this place, Cabezas de San Juan, a nature reserve home to mangrove trees, a coral reef, and a bioluminescent lagoon. Alicea, a marine biologist and environmental interpreter for the nonprofit organization Para La Naturaleza (which translates to “For Nature”), teaches visitors about the reserve’s history and significance.

Especially after Hurricane Maria, which struck Puerto Rico on September 20, 2017, Alicea is on a mission to educate people from all walks of life about the value of listening to nature. “Nature is trying to teach us how to survive,” she says. “Nature is talking, and sometimes we don’t hear it.”

“The mangroves are fighters for us,” she says with a hint of drama as we walk through the reserve. She’s alluding to mangroves’ survival skills. These small shrubs manage to thrive in muddy, salty conditions thanks to a filtration system that keeps out the salt, as well as a root system that holds the mangrove upright—this environment would kill most other plants. Moreover, mangroves’ bud-like “propagules,” which they drop into the water, can float solo for up to a whole year, still viable, looking for their optimal new home. Once they settle, they’ll grow into new mangroves.

But mangroves aren’t just fighters for themselves—they’re fighters for the whole ecosystem. Red mangroves sprout a tangle of roots that release bacteria into the water, providing a critical vitamin to a species of dinoflagellate (Pyrodinium bahamense): a single-celled aquatic phytoplankton that, when agitated, produces resplendent bioluminescence—light produced by chemical reactions in the bodies of living things—in the adjacent lagoon. Dinoflagellates are tiny: 200 to 300 of them could rest atop the head of a pin. The presence of billions of them creates the blue-green glow that you see when you swish your hand through the water.

In the Caribbean, there are a few such bioluminescent bays or lagoons that glow year-round: three in Puerto Rico, one in St. Croix, one in Jamaica, and one in the Cayman Islands. That this combination of unlikely, astounding factors comes together to create a perennial nursery for a diverse community—fish, mollusks, birds, insects, reptiles, and more—is remarkable. Bioluminescent bays are vastly understudied, says Michael Latz, a research biologist at the University of California, San Diego’s Scripps Institution of Oceanography. But they shouldn’t be.

“They’re excellent natural laboratories to look at ecosystem competition, the effect of nutrients, and the impact of environmental conditions,” he says. “Why are they so successful? It’s a scientific mystery. We don’t have the full answer.”