During Puerto Rico’s Blackout, Solar Microgrids Kept The Lights On

As the utility on the island continues to fail, new systems of renewables–installed after the storm–are showing what a more resilient grid could look like. 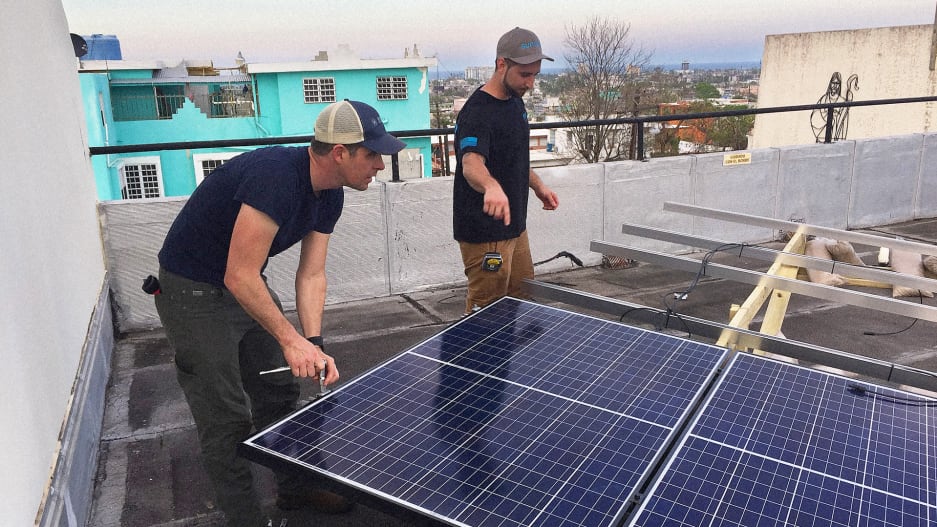 Seven months after Hurricane Maria hit Humacao, Puerto Rico–the first town on the island in the path of the storm–the community still hasn’t been connected to the national electric grid. But when the national grid went down last week after an accident, a community center in Humacao still had power.

The community center, like several other buildings across the island, now has its own solar electricity and battery storage system. “I think the irony wasn’t lost on anyone that we were sitting there with a full suite of electrical power while the rest of the island did not have it,” says Adam Gentner, director of business development in Latin America for Sonnen, a company that makes solar microgrids that can operate with or without a connection to a larger power grid.

Since the hurricane, Sonnen has installed solar microgrids at 11 sites across the island. One recent installation powers lights, refrigeration, and other equipment at a health center. Another powers a school that is serving as a shelter in Bartolo, a tiny mountain community where informal land ownership agreements mean that local farmers don’t have the paperwork needed to get FEMA funds to rebuild.

Sunrun, the largest home solar company in the U.S., has installed solar and storage systems at three fire stations in Puerto Rico, with plans to do the same at five more. During the recent blackout, critical infrastructure at the stations stayed on. It also plans to donate solar equipment to power food markets and medical centers.

Blue Planet Energy, an off-grid energy storage company, installed its systems at a clean water pump station and a volunteer center. Tesla supplied solar microgrids to a children’s hospital, a center for housing for the elderly, and critical infrastructure including a sewer treatment plant. Two local nonprofits, Resilient Power Puerto Rico and Para la Naturaleza (“For Nature”), have installed solar power, along with rainwater purification systems at a handful of community centers, with plans for installations at a total of 30 centers.

All of this is a response to the ongoing crisis. But it also points to a more resilient future for the grid. Before the hurricane, Puerto Rico’s electric grid was particularly vulnerable; decades of mismanagement left the state-run utility, the Puerto Rico Electric Power Company, billions of dollars in debt. It cut costs by eliminating thousands of jobs and deferring routine maintenance.

Para la Naturaleza
is active in responding
to the country's emergency,

the passing of Hurricane Fiona through the Puerto Rico archipelago. We have focused our main efforts on supporting affected communities and supporting agroecological practices.

You can also contribute to the recovery of the agroecological communities and farmers of Puerto Rico! For more information, visit: pln.org/fiona.

In these difficult times, we want everyone to be well, safe and secure.