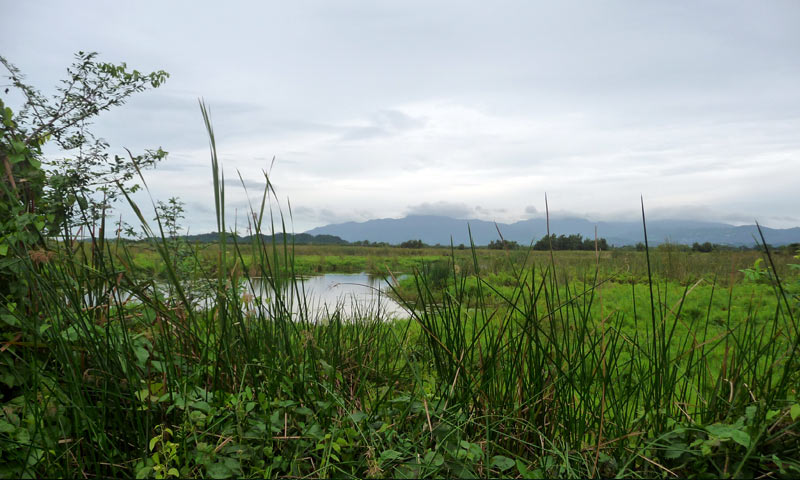 Finca Los Frailes is located in the center of the Loíza municipality, on the north coast of Puerto Rico’s Metro-Central Region. It includes a total of 679.71 acres between Loíza’s Torrecilla Alta and Torrecilla Baja Wards, making up approximately 7% of the Piñones Special Planning Area (PSPA). Designated in 1978 under the Puerto Rico Coastal Zone Management Program, the PSPA includes nearly 9,712 acres of land mostly located within the municipality of Loíza, but also sharing lands within the Canóvanas, and Carolina municipalities.

The extensive area integrates a complex network of estuarine lagoons, mangroves, Pterocarpus forests, herbaceous swamps, and coastal plains protected from the sea by a long system of coastal sand dunes, coconut plantations, littoral woodlands, and other vegetative communities. Situated within the subtropical moist forest life zone, Finca los Frailes is home to 95 species of plants and 49 species of wildlife, some of which are classified as endemic to Puerto Rico and as endangered, critical elements or species of concern. The area is also part of the San Juan Estuary System, by far the largest coastal lagoon and mangrove complex in Puerto Rico, and one of the most remarkable of its kind in the Caribbean. It is bounded to the south by a row of limestone hills extending west to east from the northern karst region of the Island and into Loíza.

Finca Los Frailes is a small portion of a much larger parcel originally known as Hato Los Frailes. It was segregated into 24 lots in the mid-1800s and is currently owned by numerous public entities and private landowners. This fact has hindered the approval by the Puerto Rico Planning Board of a Nature Reserve designation dating back to 1978, an initiative of the Puerto Rico Department of Natural Resources’ (DNER) Coastal Zone Management Program.

Although Finca Los Frailes and its adjacent properties have received numerous special designations throughout the years, they have not yet been officially protected under any specific conservation regime or designation. The Puerto Rico Land Authority property donated the property to the Conservation Trust of Puerto Rico on December 21, 2006, as part of a settlement agreement between the United States Environmental Protection Agency (EPA) and the government of Puerto Rico due to violations of the United States Clean Water Act.