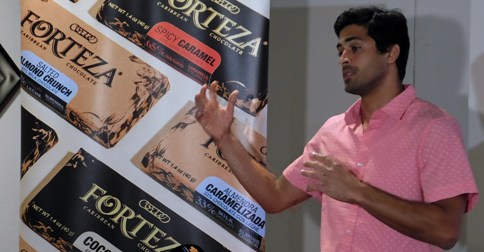 Forteza Caribbean Chocolate announced the implementation of a plan to produce and distribute among local farmers some 12,000 high-performance cocoa trees through 2020, with the support of the Puerto Rico Agriculture Department and the U.S. Department of Agriculture.

The company said the addition of the new trees should lead to the creation of 100 to 200 new direct and indirect jobs. Currently, Forteza’s operations generate 15 direct and 50 indirect jobs in Puerto Rico’s agriculture sector.

The distribution of these trees will serve to increase the supply of cocoa grown in Puerto Rico for the company, as well as its production of fine chocolate. Some 4,000 trees will be distributed on a quarterly basis, starting in April.

The inventory consists of grafts of 10 of the most productive and better varieties from the USDA Tropical Agricultural Research Station in Mayagüez.

“We’re confident that, as a result of this project, we will be able to dramatically increase our purchases of cocoa from Puerto Rico, as well as chocolate production,” said Eduardo Cortés vice president and founder of the Forteza Caribbean Chocolate brand belonging to Cortés Hermanos.

“We’ve learned a lot after our previous effort of distributing 10,000 trees in 2014, with which we were able to lay the foundations to develop a local cocoa industry and ensure the supply of raw material so that we could create a 100 percent chocolate from Puerto Rico,” he said.