How Climate Change Is Driving Emigration From Central America

A makeshift refugee camp about five or six months after the collapse of the Casitas Volcano (in background) in the wake of Hurricane Mitch. This photo was taken near Posoltega, Nicaragua, early April, 1999. 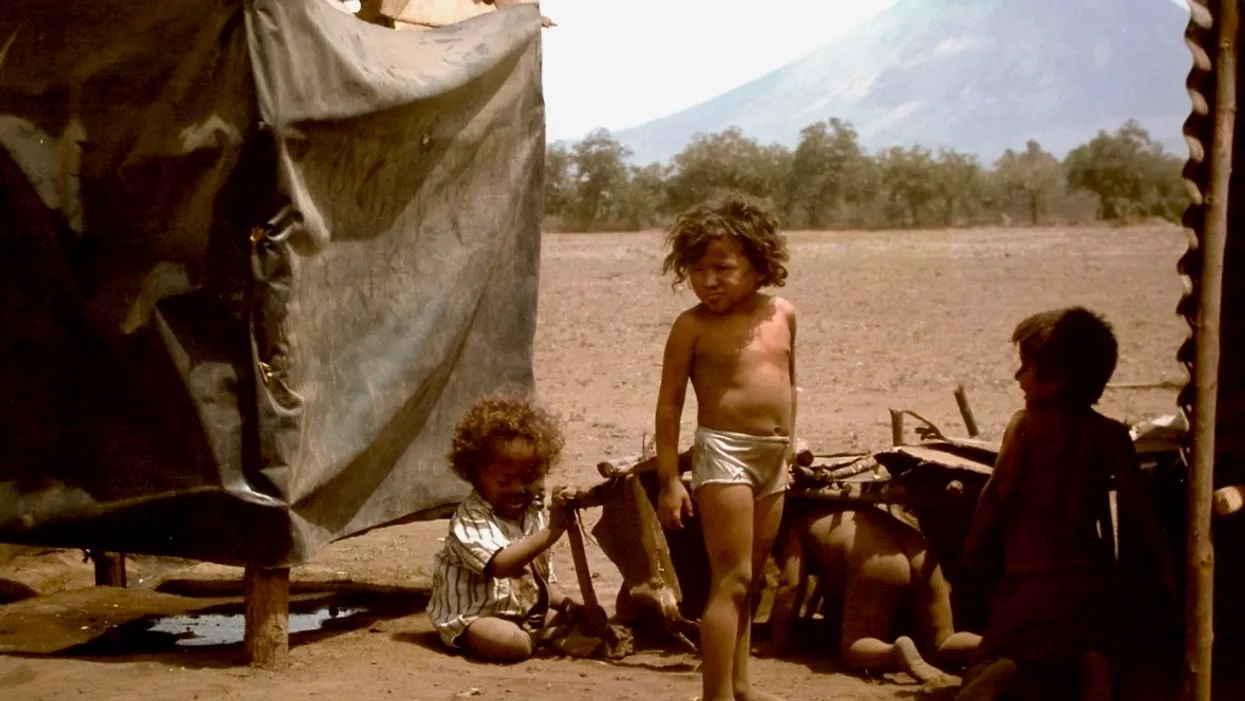 Clouds of dust rose behind the wheels of the pickup truck as we hurtled over the back road in Palo Verde, El Salvador. When we got to the stone-paved part of the road, the driver slowed as the truck heaved up and down with the uneven terrain. Riding in the back bed of the truck, Ruben (not his real name) and I talked while we held on tight, sitting on sacks of dried beans that he was taking to market.

“It doesn’t come out right,” he said, “it just doesn’t pay anymore to work the land. I take out a loan for seed, and then I can’t count on making it back to pay off my debt.”

Ruben told me then, for the first time, that he planned to save up his money to migrate out of El Salvador. His story is playing out across Central America among many migrants and would-be migrants.

When I spoke with Ruben, it was 2017, nearly 20 years after I had first spent time in his community, a coffee cooperative in El Salvador’s central highlands founded in the 1990s. Over those two decades, the cooperative’s hopes and dreams of a sustainable livelihood producing coffee for a global market have been dashed.

Rising global temperatures, the spread of crop disease and extreme weather events have made coffee harvests unreliable in places like El Salvador. On top of that, market prices are unpredictable.

In the back of the pickup truck that day, we talked about gangs too. There was increasing criminal activity in the town nearby, and some young people in the town were being harassed and recruited. But this was a relatively new issue for the community, layered on top of the persistent problem of the ecological crisis.