Straws Made of Seaweed Could Replace Their Plastic Nemesis

A startup called Loliware is thinking outside of the plastic box and introducing an environmentally friendly alternative to plastic straws. Soon "hyper-compostable" seaweed straws — that "look, feel, and act like plastic" — could be heading to a store shelf near you. 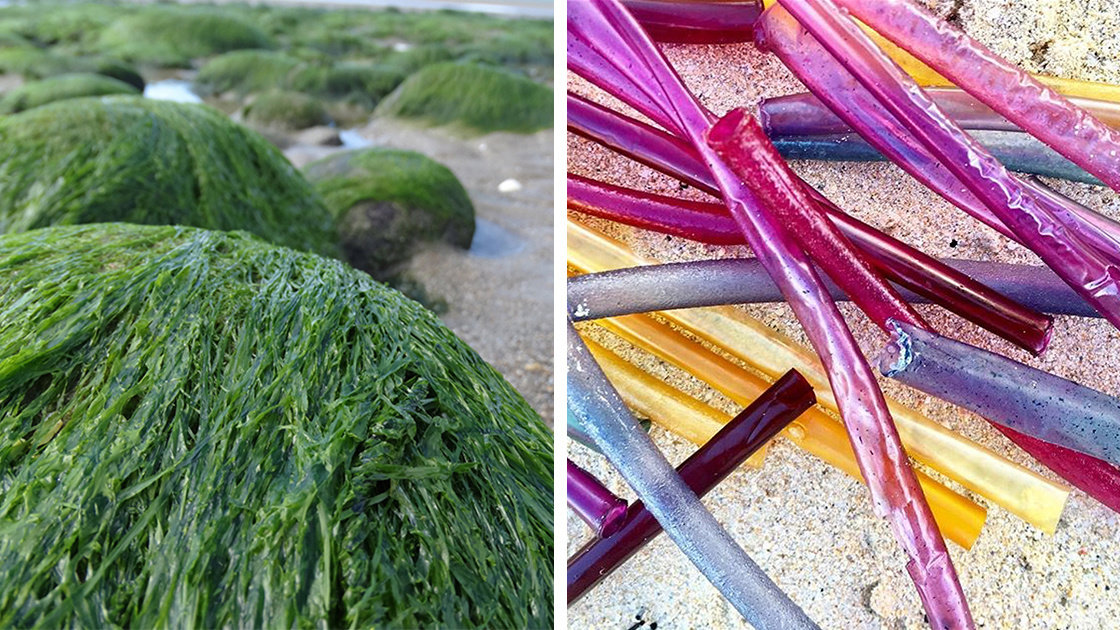 Americans use between 170 and 390 million straws a day. To combat this, the Kickstarter-funded single-use seaweed straws are designed to disappear and biodegrade like a banana peel, breaking down in just a few weeks when in the water. Made from 100 percent food grade materials, the gluten-free, non-GMO, sugar-free marine degradable straws can withstand 18 hours of continuous use.

“Every piece of plastic ever created still exists,” wrote CEO Chelsea Briganti in a statement sent to EcoWatch. “There are five trillion pieces of plastic in our oceans; an estimated ten million tons of plastic is produced every second. Single use plastics should never be built to last, they should be designed to disappear.”

Not only are the straws edible, but their creators also write that they are sustainably developed using seaweed, which is a regenerative resource capable of sequestering carbon dioxide in an effort to curb the effects of climate change. Alternatives to plastic straws include paper straws, which cost three times as much to produce as their plastic counterparts and require tree-based resources. Eco-friendly replacements like reusable metal or glass straws are made to last, which is both a blessing when it comes to eliminating plastic straw consumption but a curse in reducing further waste.

Because they have a shelf life of up to 24 months and break down at the same rate as food waste — roughly 60 days or less — Loliware says its goal is to completely replace plastic straws used at high-waste venues like stadiums and fast-food restaurants.

Plastic straws have come under scrutiny around the world as they are among the estimated eight million tons of plastic waste entering the ocean every year. Even so, they are just the tip of the iceberg. Plastic has been found on every continent, including Antarctica, and at the bottom of the world’s deepest oceans. In fact, less than one in ten single-use plastics ever make it to a recycling facility.