250,000 People #RiseForClimate on All 7 Continents

Demonstrators around the world found many creative ways to make their voices heard. 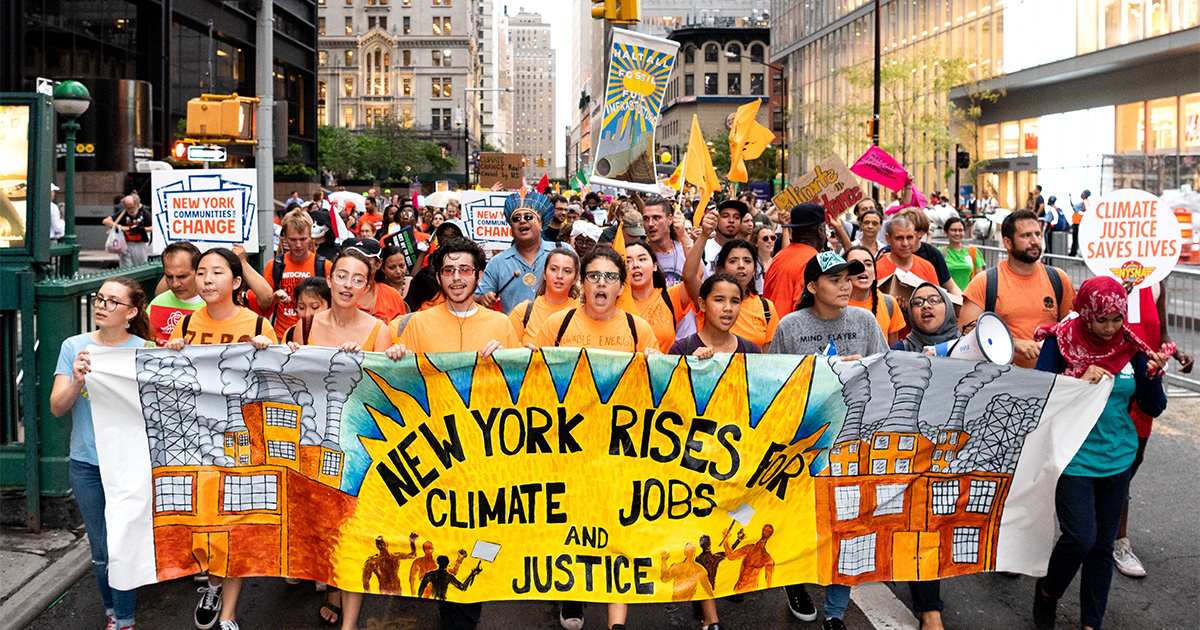 More than 250,000 people took to streets and waterways to #RiseForClimate Saturday as part of more than 900 different events on all seven continents to urge global leaders to transition from fossil fuels to renewable energy, march coordinating site Rise for Climate reported.

The day began with demonstrations in Pacific islands like Fiji and Vanuatu which are disproportionately at risk from sea level rise and closed out with a march in San Francisco that ABC7 News tweeted was the “largest climate march the west coast has ever seen.”

The global action day comes as an upsurge in extreme weather events is making the impact of climate change more and more apparent.

“It’s been a year of historic wildfires, there’s drought in many parts of the world and sea levels are rising,” 350.org Executive Director May Boeve told ABC7 News.

Demonstrators around the world found many creative ways to make their voices heard.

In Sydney, Australia activists sailed into Sydney harbor in a tall ship with “Rise for Climate Action” written on the sails.

Artistic activists in Vietnam produced a music video in honor of the day.

In northern India, the Red Tape Movement, which places red tape on trees to raise awareness about the dangers of deforestation, contributed to the day’s events by forming a giant peace sign with their bodies.