A dangerous heat wave is expected to boil much of the Central and Eastern U.S. beginning Wednesday, The Washington Post reported. 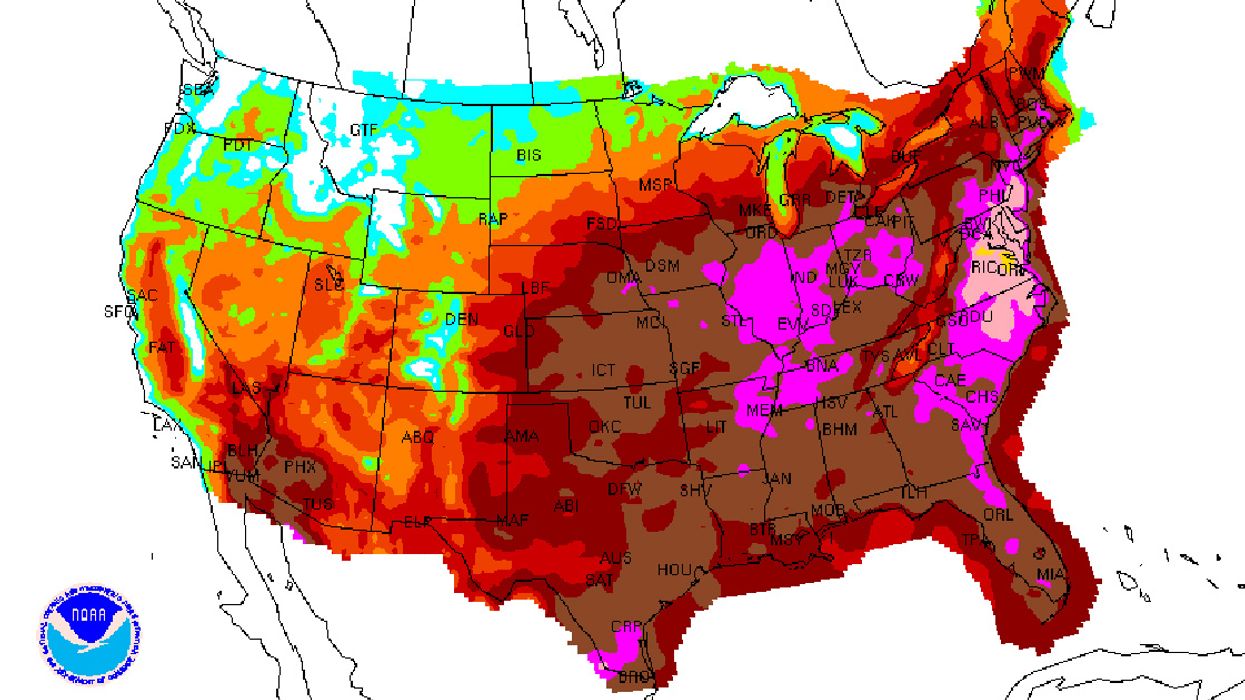 Major cities including Chicago, St. Louis, Washington DC, Nashville, Kansas City, Missouri, Philadelphia and New York could see temperatures soar between 95 and 100 degrees Fahrenheit for at least three days. It will be humid too, with dew points (a measurement of air moisture) more than 70 degrees.

“The prolonged duration of the heat and humidity will potentially become dangerous to those most vulnerable,” the National Weather Service (NWS) warned.

The forecast comes as the Union of Concerned Scientists (UCS) released a report warning that the number of extreme heat days are set to increase over the next few decades if we do not act now to mitigate the climate crisis. The country could get so hot that some days would be “off the charts” of the heat index, the combination of heat and humidity that determines what the weather “feels like.”

The index high-point, currently set at 127 degrees Fahrenheit, is now only exceeded in the Sonoran Desert between California and Arizona, according to Newsweek.

Parts of the U.S. are forecast to get a taste of that future in the coming days.

“Friday will be suffocating across much of the eastern U.S. with the heat index 100 degrees to 110 degrees from the Plains to the Great Lakes and the Middle-Atlantic to NYC,” BAM Weather meteorologist Ryan Maue tweeted, as USA Today reported.