This map highlights by geographic region the leading underlying driver of food loss and waste. WRI analysis based on FAO (2011) and HLPE (2014) 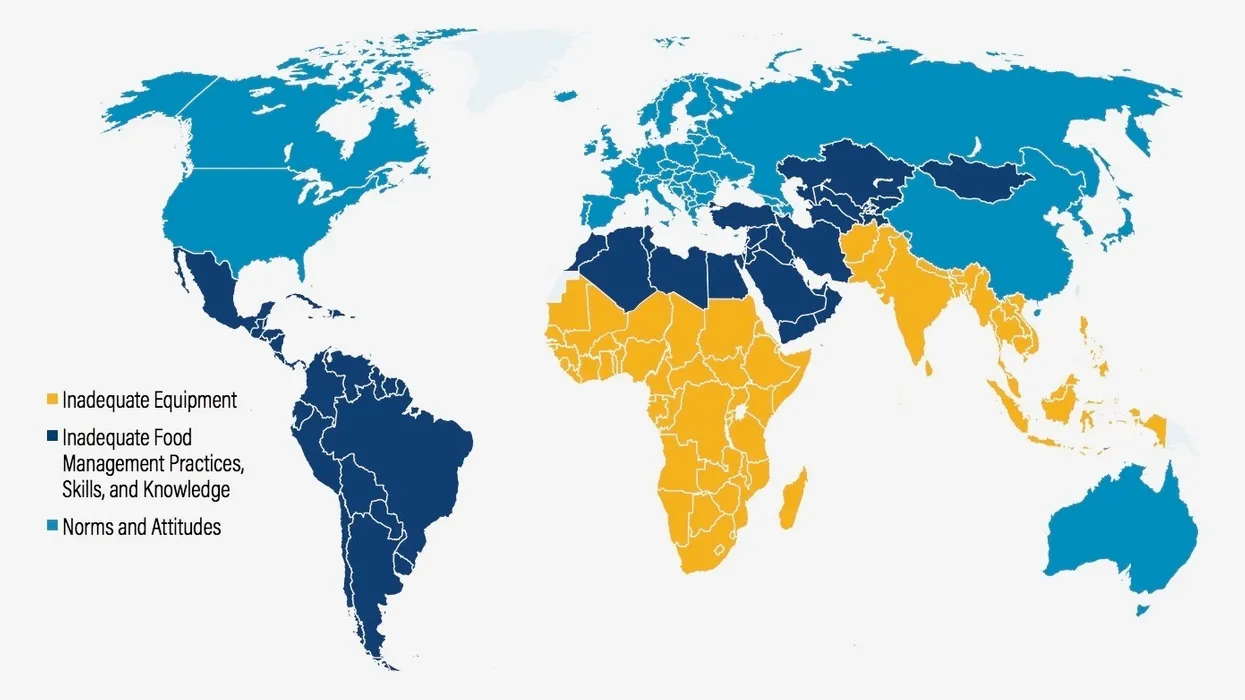 The UN set a global goal to cut food loss and waste in half by 2030. Alarming figures show just how big of a challenge remains.

Nearly a third of all food produced in the world goes uneaten each year — an amount that costs the global economy $940 billion and emits 8 percent of planet-warming greenhouse gases. At the same time, 1 in 9 people is undernourished.

A massive challenge requires massive action. A new report by the World Resources Institute‚ and produced with support from The Rockefeller Foundation, and in partnership with United Nations Environment, Natural Resources Defense Council, Iowa State University, The University of Maryland’s Ed Snider Center, The Consortium for Innovation in Postharvest Loss and Food Waste Reduction, Wageningen University and Research, and WRAP — lays out a Global Action Agenda to overcome the world’s food loss and waste problem.

Simply put, this Global Action Agenda calls on governments, companies, farmers, consumers, and everyone in between to play their role in a three-pronged approach:

To accelerate momentum, here are 10 interventions that can rapidly spur deployment of a Target Measure Act approach and actor-specific actions.