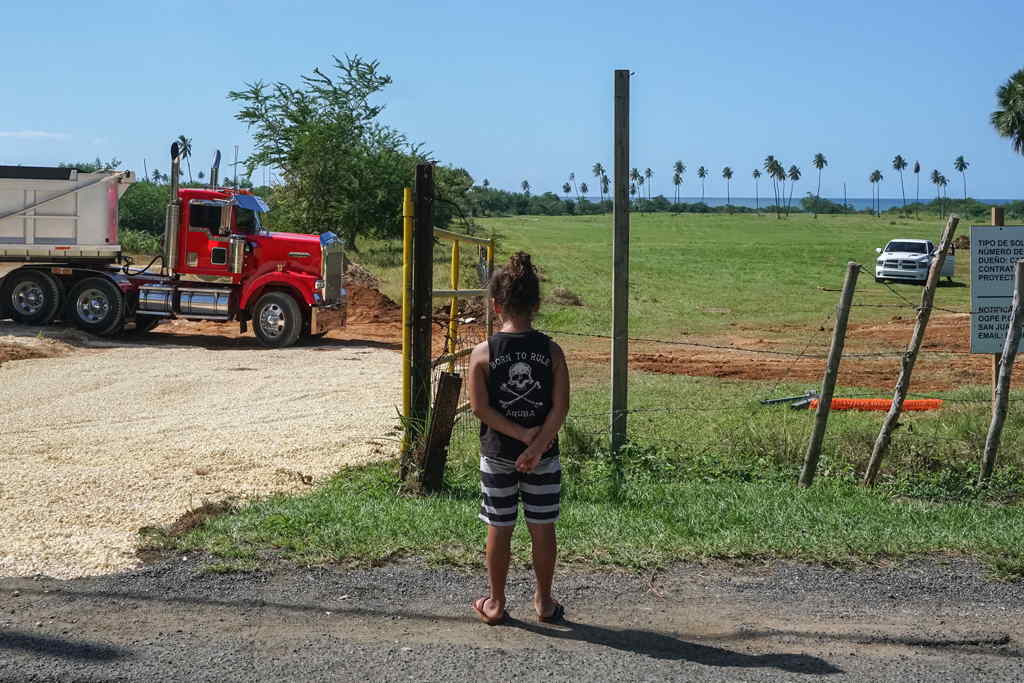 AGUADILLA, PUERTO RICO — After years of community uproar and legal battles, developers are pushing forward with construction of a tourist resort in one of Puerto Rico’s most important ecological areas.

The Caribbean Management Group plans to build the complex along the palm tree-lined coastal stretch of Playuela, on the northwestern tip of Puerto Rico. The family who runs the company recently received approval to proceed, after struggling to begin construction for the past four years. While the developers argue a need for economic growth, some residents fear environmental degradation and the irreparable consequences of unmitigated development.

Rare species of trees and shrubs grow in this municipality of Aguadilla, including the ceiba tree, the Puerto Rican hat palm and the bejuco de toro, a climbing tree with thick, vine-like branches that weave among other trees. The region is home to amphibians such as the coquí (a small frog species native to Puerto Rico), reptiles and a slender cuckoo bird called the bobo mayor. The area has also gained fame for turtle sightings, according to one of the few studies on the region, conducted in 2017 by Miguel Figuerola, a master’s student at the University of Puerto Rico’s Department of Marine Sciences.

Researchers recently found the dogwoodleaf plant species – previously thought extinct – in the region, along with 11 federally protected marine species and other threatened fauna and flora, according to a 2019 ecological study conducted by Save Playuela, a community initiative dedicated to the region’s preservation.

The Caribbean Management Group’s original plan was to build a hotel and vacation rental homes as part of the project, known as the Christopher Columbus Landing Resort. The plan outlines the construction of 100 independent villas with 200 parking spaces, plus condominiums, short term rentals, a casino, a convention center, two restaurants, a spa, a gym, a kid’s activity room, administrative offices and loading areas, as well as 1,067 parking spaces spread across four floors.