An Afternoon of a Community Sharing their Hope

Neighbors light the wood-burning stove and sit together to share a meal. 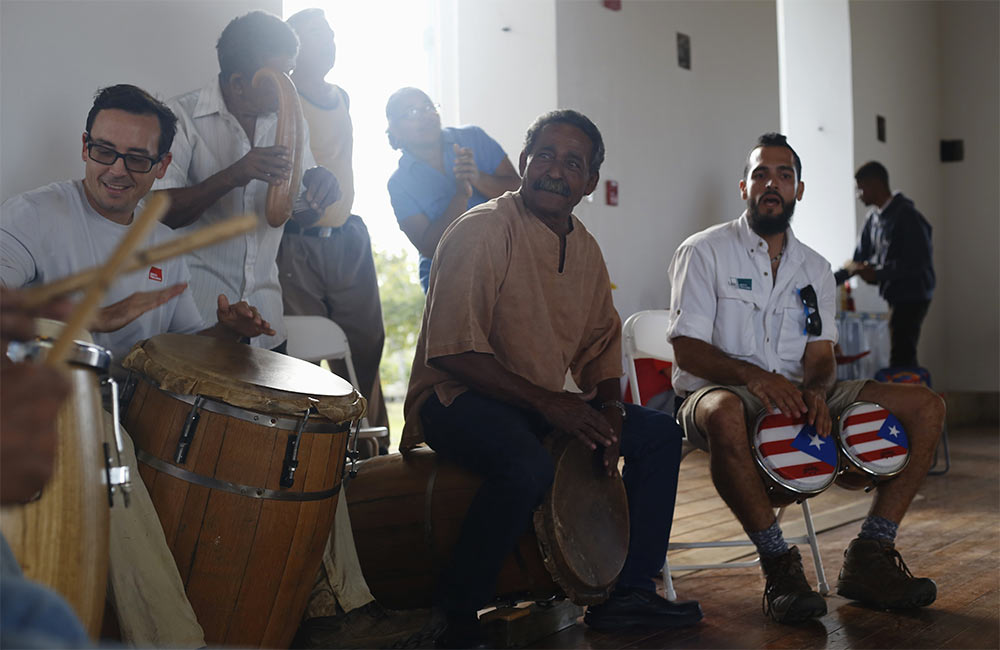 The whistles that call everyone back to work are not heard anymore and the machinery that processes the cut sugar cane is nowhere to be seen. Today, Hacienda La Esperanza is a natural reserve settled between the chain of Northern limestone hills, alluvial plains, wetlands and beaches; and surrounding the reserve are the communities where the descendants of the sugarcane workers live.

Neighborhoods and sectors such as La Esperanza, Cantito and Tierras Nuevas are a few of the communities that still stand today and whose inhabitants’ lives develop daily in constant contact with the ecosystems and species of the reserve. Their residents are stewards of the memories of their forebearers, and many are closely related to the history of Hacienda La Esperanza, even more so to the collective memories of the climate events they have experienced.

Currently — apart from offering tours to the public — about a hundred families of the neighboring communities congregate twice a month at Casa Secadora, in the historic campus of the reserve, to participate in what they have called “Cocina Comunitaria” (Community Kitchen), usually accompanied by cultural activities.

“Since Maria’s impact we have been getting together in solidarity with the communities. At some point we opened roads, we brought them water and supplies. Sharing these afternoons with them has strengthened our relationship even more,” assured Carlos Torres, Para la Naturaleza’s Superintendent for the reserve and the Northern Region. He watches over and helps to protect this natural treasure that has an extension of 2,138 acres.

Tamara Rexach is the person in charge of elaborating the menu for these awaited community meetings. She is a single mother and owns the restaurant “La Cocina de Tamara”, at the Tierras Nuevas Sector. She has been the perfect link between the Para la Naturaleza staff and the communities of the municipality of Manatí.

“Several employees of Hacienda la Esperanza eat lunch every day at my restaurant and they love my food. Once they said to me: ‘Tamara, would you like to cook for the community?’ and that’s how everything started. We have already done three Cocinas Comunitarias and now I have more clients in my restaurant because people now know me,” acknowledged the businesswoman that manages her restaurant next to her mother and two daughters.

The menu this afternoon includes roast pork, rice and pigeon peas, fried sweet plantains and salad, surrounded by the rhythm of the Bomba drums, the güiro and the panderos that are played by the neighbors and the employees of Para la Naturaleza.

With children playing in the plains, the beat and the harmony of the choruses, as well as the formidable cuisine, offer a glimpse into the hope and the optimism of this historic sector.

Para la Naturaleza
is active in responding
to the country's emergency,

the passing of Hurricane Fiona through the Puerto Rico archipelago. We have focused our main efforts on supporting affected communities and supporting agroecological practices.

You can also contribute to the recovery of the agroecological communities and farmers of Puerto Rico! For more information, visit: pln.org/fiona.

In these difficult times, we want everyone to be well, safe and secure.