Black leopard confirmed in Africa for first time in 100 years

The extremely rare female cat has melanism, a condition in which the body produces an excess of pigment. 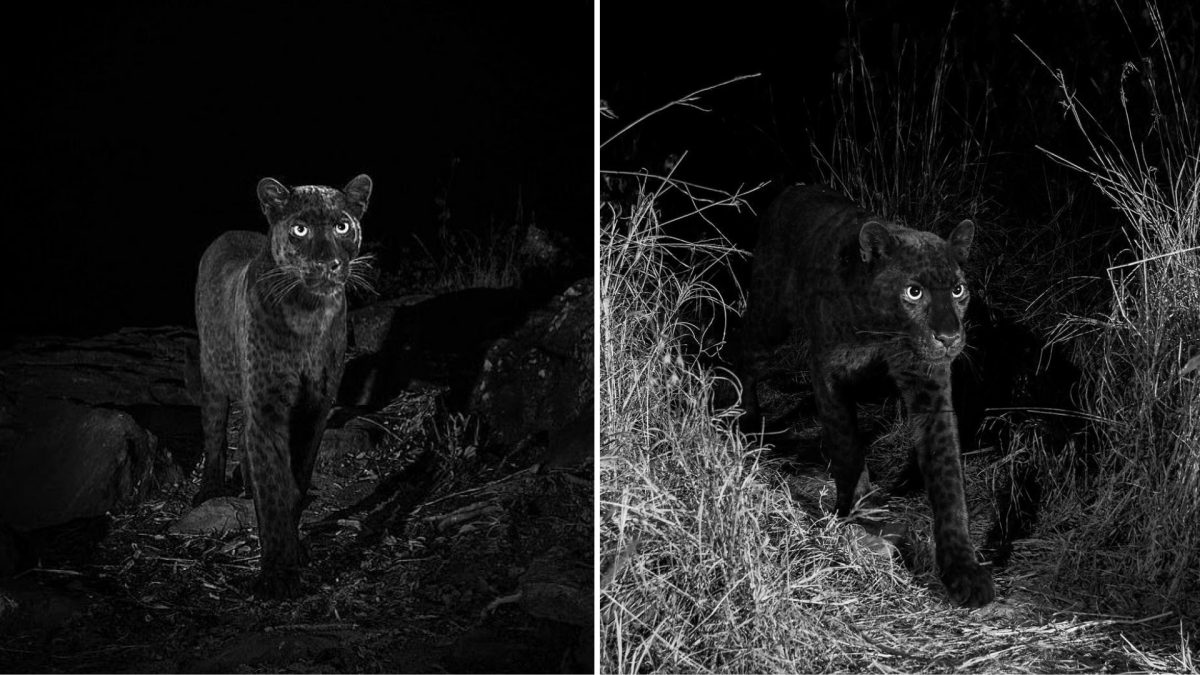 They say that black cats bring bad luck, but when Nick Pilfold heard about one lurking around central Kenya, he knew he was onto something special.

The Kenya-based biologist and his team deployed a set of camera traps throughout the bushlands of Loisaba Conservancy in early 2018. It wasn’t long before he got what he was looking for: undeniable proof of a super-rare melanistic leopard.

The juvenile female was spotted traveling with a larger, normally colored leopard, presumed to be her mother. (See our exclusive picture of a rare black wildcat seen in Africa.)

The opposite of albinism, melanism is the result of a gene that causes a surplus of pigment in the skin or hair of an animal so that it appears black. Melanistic leopards have been reported in and around Kenya for decades, but scientific confirmation of their existence remains quite rare.

Published in January in the African Journal of Ecology, these photos represent the first scientific documentation of such a creature in Africa in nearly a century.

As recently as 2017, only a single sighting had been confirmed—a 1909 photograph taken in Addis Ababa, Ethiopia, and stored in the collections of the National Museum of Natural History in Washington, D.C. Their range across much of the continent has shrunk by at least 66 percent due to habitat loss and prey decline.