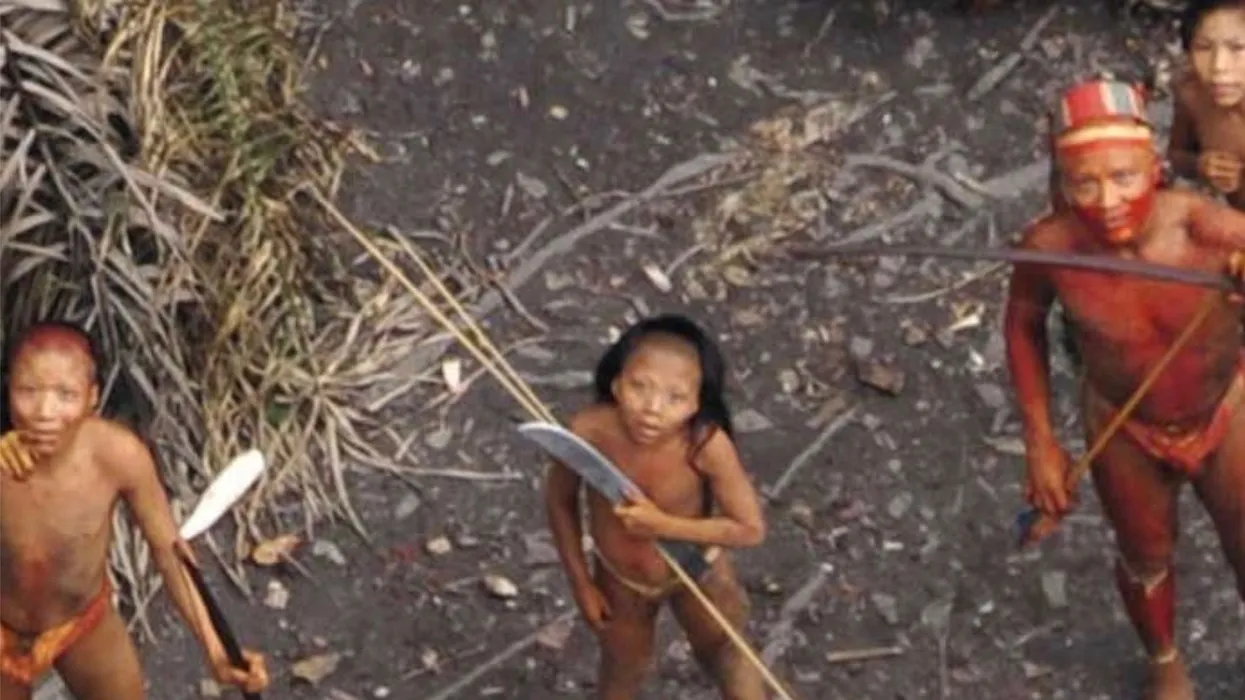 President Jair Bolsonaro pressed forward with a “dream” initiative sending a bill to the Brazilian Congress on Wednesday that would open indigenous reserves in the Amazon and elsewhere to development, including commercial mining, oil and gas exploration, cattle ranching and agribusiness, new hydroelectric dam projects, and tourism — projects that have been legally blocked under the country’s 1988 Constitution.

Justifying the legislation, Bolsonaro explained that “The Indian is a human being exactly like us. They have hearts, feelings, a soul, desires, needs and they are just as Brazilian as we are,” so they will welcome economic exploitation inside their territories. Bolsonaro and the bancada ruralista agribusiness and mining lobby, which is very strong in Congress, have eyed the off-limits indigenous lands for decades. Indigenous territories have the best record for forest conservation and land stewardship in Brazil.

Marcio Santilli, a former head of FUNAI, Brazil’s indigenous affairs agency, sees Bolsonaro’s “dream” legislation very differently. It will “not promote the economic development of the Indians, but guarantee the exploitation by third parties of their natural resources. It would encourage Indians to live from royalties while watching the dispossession of their lands.”

While the legislation would allow impacted indigenous populations to be consulted, they would lack the power of veto, except in cases of garimpo or wildcat mining. The right of consultation on development projects is assured under the International Labour Organization Convention 169, of which Brazil is a signatory.

Though the bancada ruralista is strong in Congress, it remains to be seen whether the bill will gain passage. House of Deputies leader Rodrigo Maia has said he will not bring the legislation to a vote.

Conservationists are convinced that the opening up of indigenous lands to economic exploitation would inevitably lead to extensive deforestation of what are the most densely forested areas of the Amazon, and to the contamination of Amazonian rivers. That sort of wholesale deforestation could lead to far greater Amazon drought and to a rainforest-to-savanna tipping point that would greatly endanger Brazilian agribusiness as a driver of Brazil’s economy.