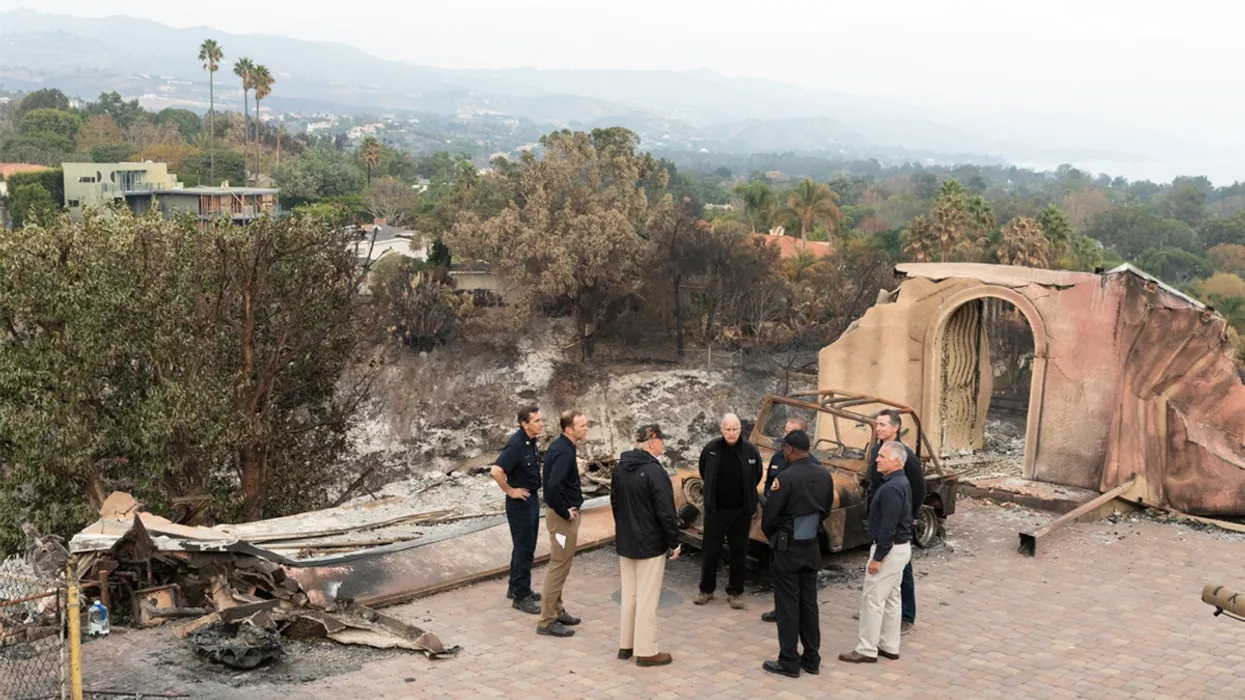 While California wrestles with increased frequency and severity of wildfires due to the climate crisis, President Trump continues to take steps to stop the nation’s most populous state from taking any climate-related action.

The state’s leaders have tried to decrease pollution from tailpipe emissions, enter into climate agreements with Quebec and strike emission’s standards deals with automakers. In response, Trump sued the state for entering into deals with automakers and with foreign governments. The administration then recruited five large automakers to take its side in rolling back California’s standards, even though cars, trucks and buses are America’s largest contributors to global warming, according to the U.S. Environmental Protection Agency (EPA).

Now the Trump administration will offer funds for the victims of wildfires, but will actively prevent action to stop the cause of them, which has exasperated California’s governor, as The New York Times reported.

“We’re waging war against the most destructive fires in our state’s history, and Trump is conducting a full-on assault against the antidote,” Gov. Gavin Newsom of California said in an interview, as The New York Times reported.

While the Trump administration has waged an assault on the environment — directing the EPA to roll back many environmental regulations and protections for threatened species — California has filed over 60 lawsuits against the administration’s actions since 2017, according to the New Yorker magazine.