Pastor Gregory Manning, with Justice and Beyond, a New Orleans based civil rights advocacy group, pinned to the ground while being handcuffed. 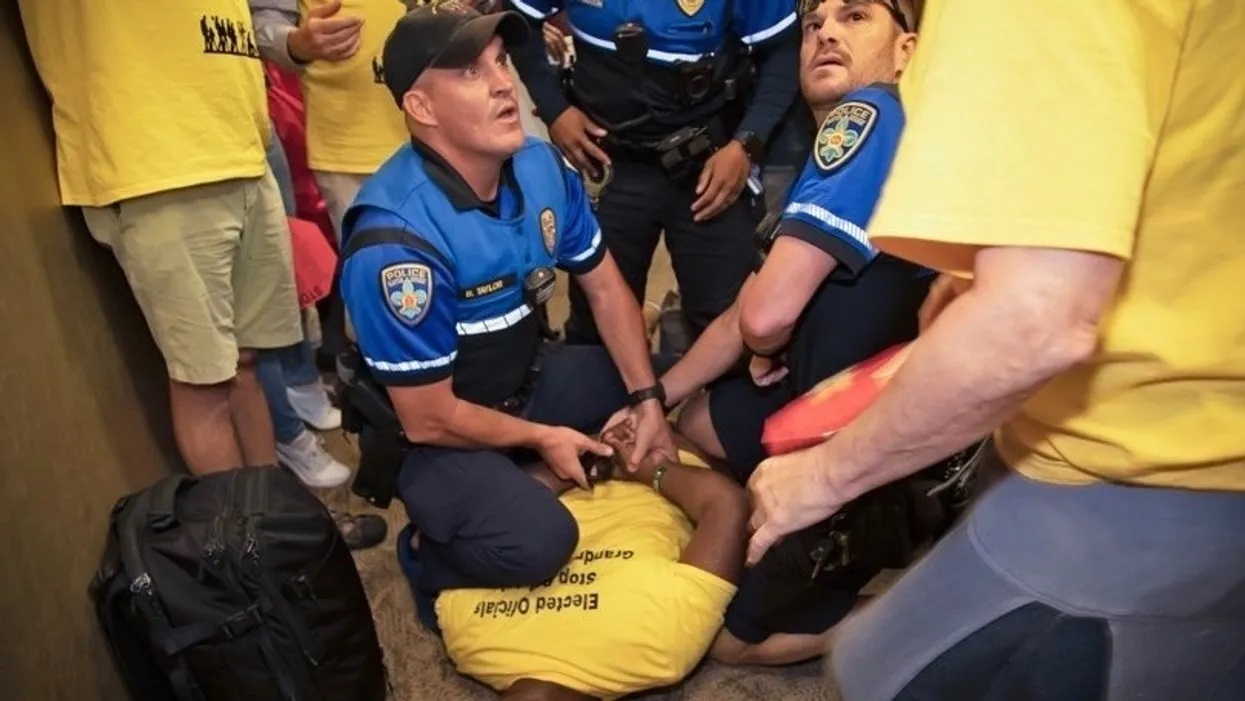 Mounting concerns over pollution, public health and the expansion of the petrochemical industry came to a head when two activists were detained in Baton Rouge, Louisiana, on Oct. 30, the last day of a two-week protest against environmental racism in Louisiana’s Cancer Alley.

Pastor Gregory Manning, who is legally blind, and Sakura Kone were singled out by police for refusing to leave the hallway outside of the Louisiana Association of Business and Industry (LABI) office where about 40 activists continued with an impromptu rally after being asked to leave. The group had hoped to confront LABI’s head over the association’s influence in state politics and regulations.

Kone was given a citation and released outside, while Manning was taken to jail. According to a release from Manning’s group Justice and Beyond, Pastor Manning, who is being charged with a felony count of inciting a riot and Kone will be arraigned on Nov. 5 in Baton Rouge City Court.

The police officers’ actions infuriated members of the Coalition Against Death Alley (CADA), a group of Louisiana residents and members of various local and state organizations behind the protest. The coalition focuses on fighting against and bringing attention to the petrochemical industry’s expansion that is underway in Louisiana.

Louisiana’s Cancer Alley, also known as the “Petrochemical Corridor,” is an 80-mile stretch along the Mississippi River with over 100 petrochemical plants and refineries between New Orleans and Baton Rouge. The Louisiana government is welcoming an increasing number of industrial facilities to this corridor in primarily African-American communities.