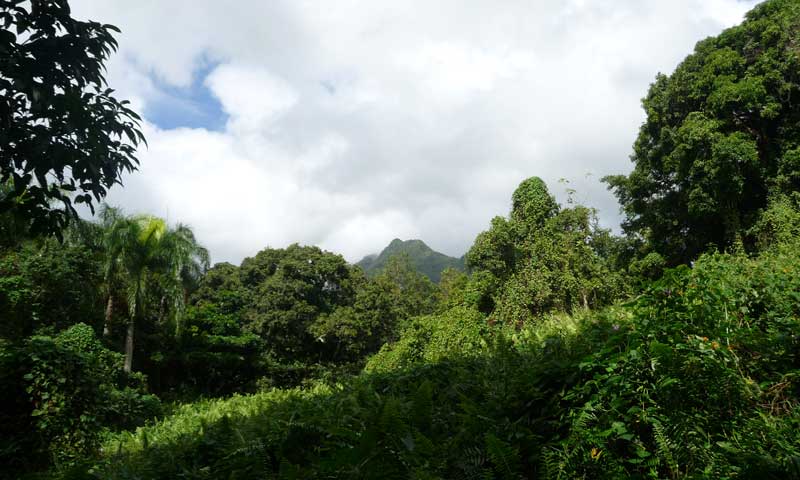 The Finca Shapiro Natural Protected Area (FSNPA) is found at the southeastern base of the Sierra de Luquillo ridge, in the municipality of Naguabo, in the Eastern Region of Puerto Rico.  As a land donation made by the Shapiro family in 1999, the area represents the third private property gift received by the Conservation Trust of Puerto Rico.  Understanding the proximity of their undeveloped property to El Yunque National Forest, the Shapiros prioritized the perpetual conservation of their land as part of a larger ecosystem.

At an elevation ranging from 575 feet (175.3 m) to 685 feet (208.8 m), the property sits mostly on a west-facing side slope of El Yunque, in the subtropical moist forest life zone. An intermittent creek runs through the area, its small basin eventually draining into the Santiago River. Because of its proximity to mature forested areas of El Yunque National Forest, and due to the influence of precipitation brought about by the Sierra Luquillo ridge, Finca Shapiro is the home to many species of trees and shrubs that are typical of more humid zones found at higher elevations in the area. It also provides a safe habitat for several species of wildlife, including birds and reptiles that are endemic to Puerto Rico, along with many species of native plants.