Half of Puerto Rico’s housing was built illegally. 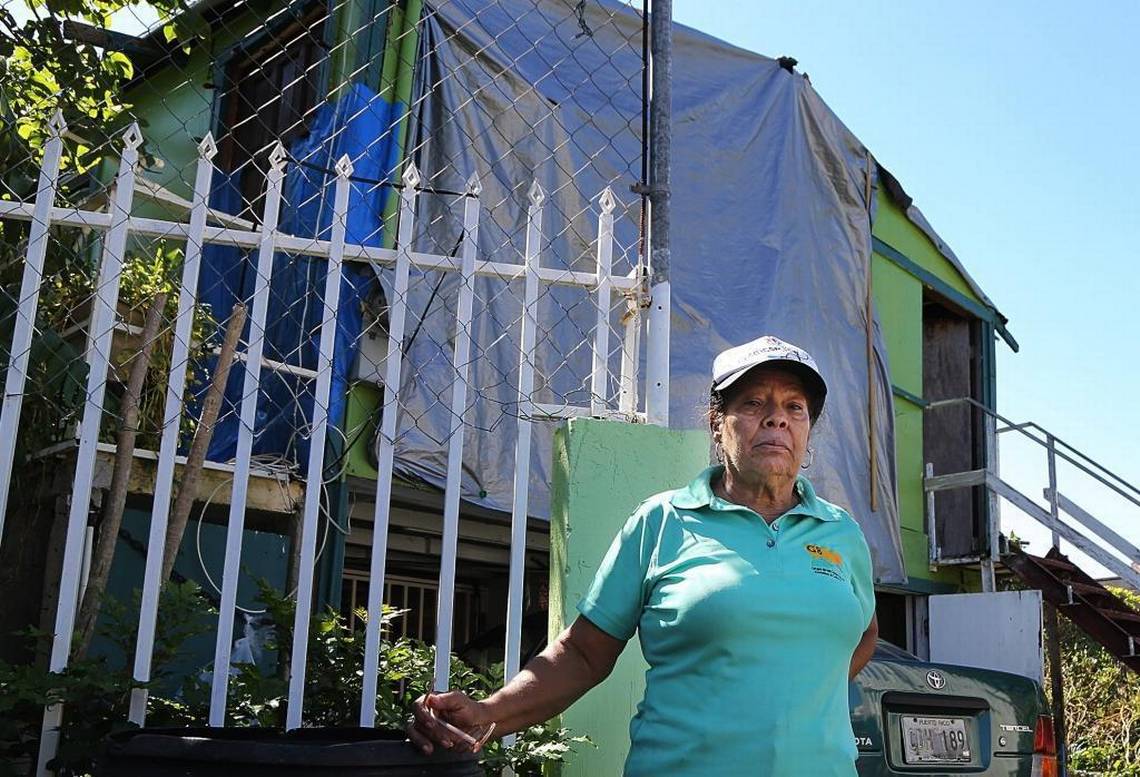 Gladys Peña built a home the way many thousands of people in Puerto Rico, maybe most, did for decades: in makeshift fashion.

Every week for years, Peña, a cafeteria cook, set money aside until she had enough to buy a vacant wooden shack in a densely packed working-class barrio, a one-time squatters’ community a short stroll from the towers of San Juan’s Golden Mile financial district. She knocked down most of the flimsy house, bought building materials bit by bit and gradually built herself a concrete-block first floor with little more than a kitchen in it, and then a wooden second story topped by a corrugated zinc-metal roof.

Her builders were guys from the neighborhood. Her son salvaged a rusty steel stair from an abandoned building nearby and affixed it to the front of the tiny house so she could get from the kitchen to her second-story bedroom suite, which requires going outside. To hook up to electrical power, she took out a $2,000 bank loan.

Like virtually all her neighbors in Las Monjas, one of eight adjacent communities in the larger Caño Martín Peña enclave that’s home to 26,000 people, Peña had no blueprint for her house. No permits. No inspections. No insurance. Not even title to the land underneath it.

“This was all done without an architect,” Peña, now retired at 71 and a volunteer leader in her community organization, said. “The one who designed it was me.”

When Hurricane Maria came, Peña’s home of 22 years was battered. The zinc roof blew off and wind-driven rain poured into the interior for hours, soaking her belongings, her clothes, her bed. It flowed downstairs to her kitchen, where the water ruined her pressed-wood cabinets and the new stove and oven on which she cooked big meals to supplement her retirement income. Then came the flooding, because the community was built on former wetlands bordering a mangrove canal where water no longer flows because of heavy sedimentation and the accumulation of years of illegally dumped trash.