Puerto Rico’s natural beauty is one of its biggest draws. After Hurricane Maria damaged its ecology, conservationists are trying to restore what’s left of the island’s flora. 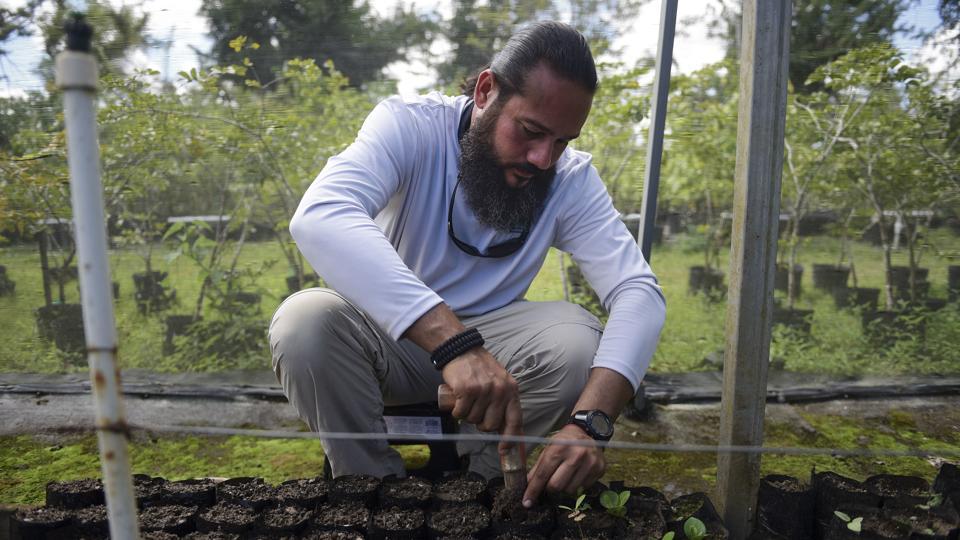 As crews re-string electric lines and clear debris from Hurricane Maria, a small group of Puerto Rican and international conservationists is working on rebuilding natural wonders destroyed by the strongest storm to hit the island in nearly a century.

Environmental groups and volunteers are gathering native seeds to replant forests across the US territory and grafting broken coral back onto shattered reefs to help repair damage in the largest-ever effort of its kind for Puerto Rico. The Category 4 storm damaged 1.2 billion trees and snapped hundreds of thousands of corals off reefs around the island when it hit on September 20. Despite the widespread destruction, a lack of funding and pressing human needs kept pushing back long-term plans to replant trees and rebuild corals.

Now that Puerto Rico is slowly regaining its footing after the storm and initial funding has been secured, conservationists are fanning out across the island and into its waters to repair and restore what’s left of the island’s flora. “The damage is huge,” said Nilda Jimenez, marine ecology director for the island’s Department of Natural Resources.

Helping nature recover has environmental and economic importance: Puerto Rico’s natural beauty is one of its biggest tourist draws. Experts also note that reefs protect coasts from heavy swells and serve as habitat for many species consumed on the island, including red snappers, lobsters and octopi.

Last week, a group of divers assembled on a dock in the northeast coastal town of Fajardo, a popular destination for tourists eager to explore reefs that once boasted bright colours and a multitude of fish. Now, hundreds of broken corals that are still alive lay scattered across the turquoise waters, ranging in size from a grapefruit to a car.

Armed with buckets of cement, divers pick up the broken pieces and swim to reefs that have been identified as healthy despite the battering they received from the storm. The divers brush away any algae that have built up and push the pieces down into the freshly laid cement. “If you think about what you’re seeing, it’s broken animals,” said Jim Ritterhoff, executive director of Force Blue, a non-profit organisation made up of retired US Special Operations veterans working on coral reef conservation projects.