Waste from hog manure pits, coal ash dumps and other industrial sites could wash into homes and contaminate drinking water 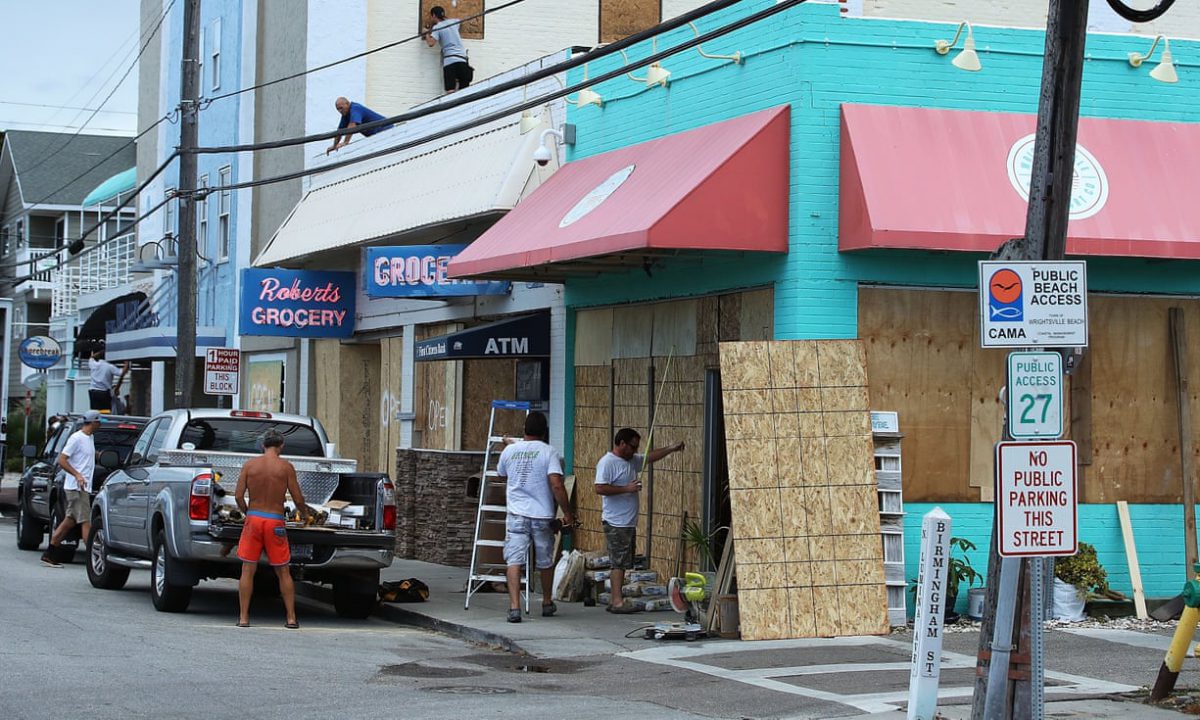 Hurricane Florence could cause an environmental disaster in North Carolina, where waste from hog manure pits, coal ash dumps and other industrial sites could wash into homes and threaten drinking water supplies.

Preparations are also being made at half a dozen nuclear power plants that stand in the path of the 500-mile-wide hurricane, which is barreling toward the US east coast, expected to make landfall on Thursday night. More than 1.4 million residents across North and South Carolina have been ordered to evacuate.

“Preparations to protect life and property should be rushed to completion,” the National Hurricane Center warned on Wednesday morning.

Donald Trump has declared that his administration was “absolutely, totally prepared” to deal with the storm, despite warnings from the National Weather Service that Florence “will likely be the storm of a lifetime for portions of the Carolina coast”.

The president insisted on Wednesday that – despite widespread criticism – his government had done an “under-appreciated great job” handling Hurricane Maria last year in Puerto Rico, which killed nearly 3,000 people.

Georgia on Wednesday joined North and South Carolina and Virginia in declaring a state of emergency ahead of the storm making landfall.

In North Carolina, computer models predict more than 3ft of rain in the eastern part of the state – and fears were exacerbated by the many environmental hazards lying in the path of the storm.

There are 16 nuclear reactors in North Carolina, South Carolina and Virginia, the states expected to suffer the most damage from Florence.