Workers for Para la Naturaleza, an initiative of the Conservation Trust of Puerto Rico, help to plant native trees in the island's Cialitos community that was hard hit by Hurricane Maria. 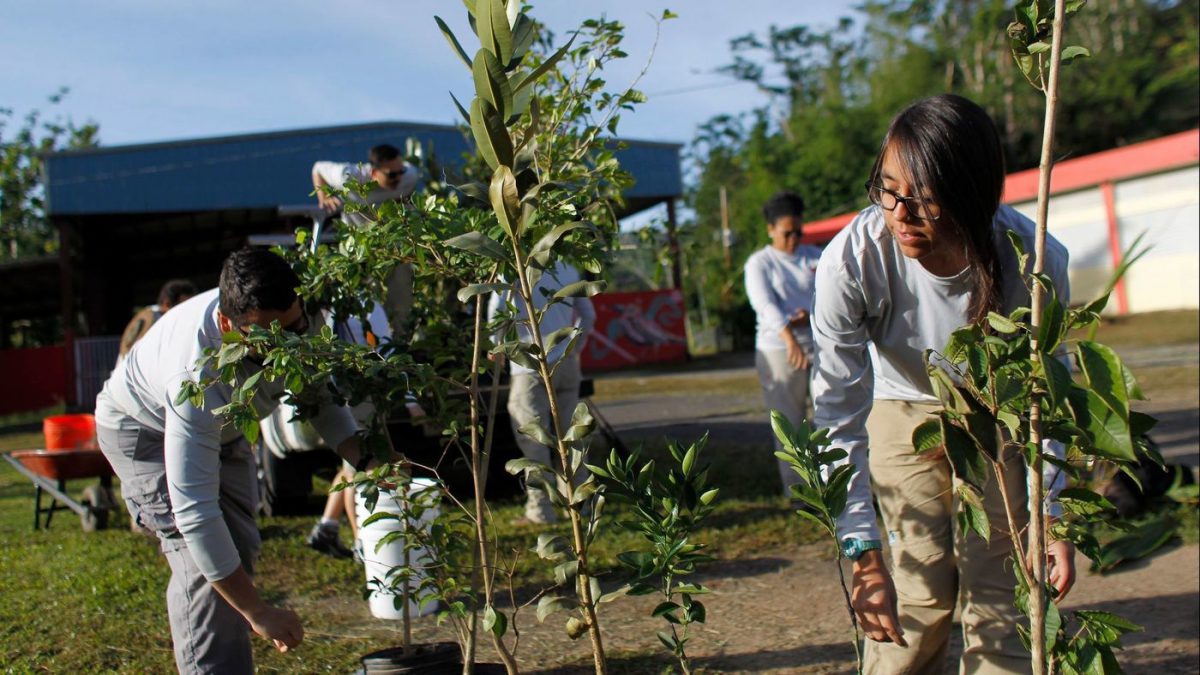 When Hurricane Maria tore through Puerto Rico last September, the physical destruction was not limited to houses, buildings, the electricity grid and other infrastructure. The storm also toppled or stripped bare an estimated 480 million trees, or a third of all the forests.

Green buds, ferns and grasses have started to sprout in the understory of the forests, though it is expected to take much longer for higher elevations to regain their lushness.

“In some areas at the top of the mountains it might take more than 50 or 100 years” to recover, said Grizelle Gonzalez, a scientist at the International Institute of Tropical Forestry, a program of the U.S. Forest Service.

To give Mother Nature a hand, various reforestation efforts are underway across the U.S. territory.

Through Para la Naturaleza, an initiative of the Conservation Trust of Puerto Rico, work is ongoing to analyze the damage and restore 400-plus native tree species.

Trees will be replanted in the organization’s nurseries, in many cases using fallen foliage as compost and downed branches and wood chips as mulch.

Armed with bags and notepads, volunteers will fan out across forests, picking through the undergrowth in search of seeds to be replanted, said Fernando Lloveras San Miguel, executive director of the Conservation Trust.

“The tough part is going to be trying to walk through different forested areas, because there’s a lot of dead trees … and it’s going to be very hard to access these places,” he said.

Communities near the island’s nature reserves are being encouraged to participate in the efforts, with the aim of preserving 33% of Puerto Rico’s land for nature by 2033, said Lloveras San Miguel. The island currently has legal protections in place for 16% of its area.

“We believe ecology recovery goes hand in hand with human recovery,” Lloveras San Miguel said. “That’s the biggest importance of this effort. We don’t think any Puerto Rican can recover fully without having [the] surroundings, nature, the landscape fully recovered. Each one has to support the other. So that’s why the engagement of the community in the reforestation will really bring on a symbiotic relationship with their own recovery process.”

Still, humans are going to be secondary players in helping nature rebound.

“The greatest re-foresters are bats and birds,” Lloveras San Miguel said. “They are the key farmers on Earth. They are going to be doing most of the work.”

But only once these wildlife species recover themselves.

Scientists are still gathering the data, but avian life is believed to have taken a major hit, said Gonzalez, the forestry service scientist.

Birds started dying after the hurricane because seed, berries and other food sources were diminished, Gonzalez said. Other species, including insects and lizards, lost shelter and places to feed and hide.