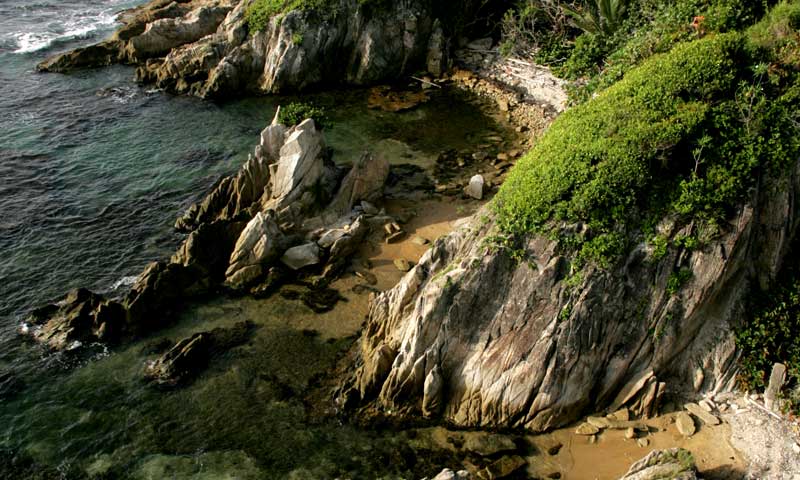 The Inés María Mendoza Nature Reserve, also known as Punta Yeguas, is located in the coastal municipality of Yabucoa, on the southern tip of Puerto Rico’s Eastern Region, and features a stunning landscape of rolling pastures and tree-lined sandstone cliffs with forest-covered slopes rising above narrow white-sand beaches.

Most notable among the wealth of pant and wildlife that are found in the area, is the Ortegón (Coccoloba rugosa), a very rare evergreen tree endemic to Puerto Rico and restricted to the southeastern region of the Island. Their numbers within the reserve are considered the most important population currently protected for conservation purposes in all of Puerto Rico.

The Conservation Trust of Puerto Rico (CTPR) purchased these lands of extraordinary landscape and scenic value in 1975, after real estate interests threatened to irreparably damage the site. At the present moment, it manages approximately 281 acres at the Punta Yeguas Nature Reserve, which was officially designated as such by the DNER and the Puerto Rico Planning Board in December 2000.

Although the Reserve is commonly known as Punta Yeguas, the Conservation Trust decided to honor the legacy of Inés María Mendoza by naming the Reserve after her. Doña Inés—as she was known publicly and to those close to her—was a teacher, educator, writer, civic, social, and political leader, and wife of Puerto Rico’s first publicly elected governor, Luis Muñoz Marín, who served as governor from 1949 to 1964. She served as part of the Conservation Trust’s first Board of Trustees, and was a champion of the conservation and protection of Puerto Rico’s flora and fauna, its ecological and scenic values.