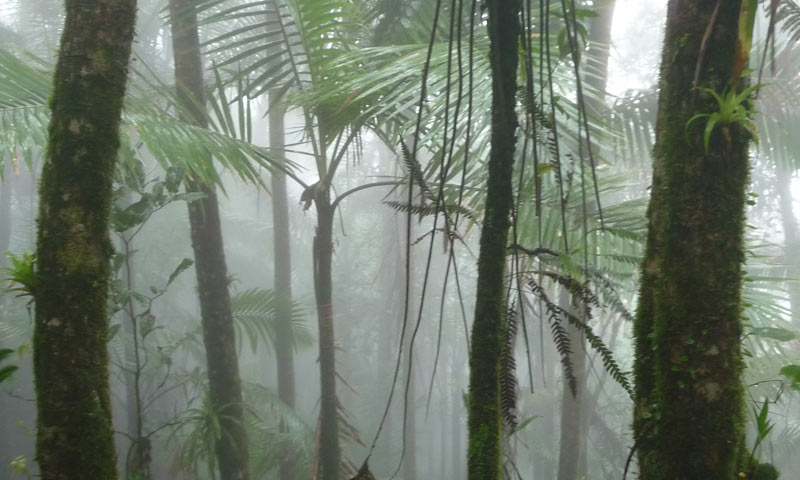 The Jorge Sotomayor del Toro Natural Protected Area (STNPA) is located in the Sierra de Cayey ridge, within the Cayey municipality, Metro-Central Region of Puerto Rico. At an elevation ranging from 1,765 to 2,830 feet (537.97 to 862.58 m), the area protects 61.82 acres of mostly rough terrain, in a steep side slope that forms the top, northern face of Cerro La Santa, which at 2,952.76 feet (900 m) of elevation is the highest peak of the Sierra de Cayey ridge.

The area protects the headwaters of the Río Turabo, which together with the Beatríz stream constitute the main sources of water for a reservoir that will soon be providing drinking water to the Caguas region. Río Turabo is also a tributary of the Río Grande de Loíza, which is also a source of water for the San Juan Metropolitan area.

Located in the transition zone between the subtropical wet forest life zone and the subtropical lower montane wet forest life zone, the STNPA is home to 45 plant species and 22 species of wildlife including several endemic species, critical elements and endangered species. The southern section of the area is part of the Carite State Forest, which extends approximately 6,499 acres across several municipalities in the region. The forest is currently managed by the Puerto Rico Department of Natural and Environmental Resources (DNER), and is mostly used for recreation, scientific research, and wildlife protection.

The area is named after Lieutenant Jorge F. Sotomayor del Toro, a United States Air Force Pilot who tragically lost his life in an accident while on duty in 1957. Along with other family members, Don Faustino Sotomayor Ralat and his wife, Carmen Ana Carrasco, donated 22.9 acres of the STNPA in memory of their son, representing the first private property gift ever received by the Conservation Trust. The historical significance of the protection of this property—in addition to its ecological values—strives in that it highlights the importance of the act of private land donation as an additional means of land conservation in the island of Puerto Rico.

On March 6, 1984, The Conservation Trust acquired the remaining 38.85 acres of their private property from Don Faustino Sotomayor Ralat, located immediately south of the land originally donated. After this acquisition, the STNPA totaled 61.82 acres of protected land.