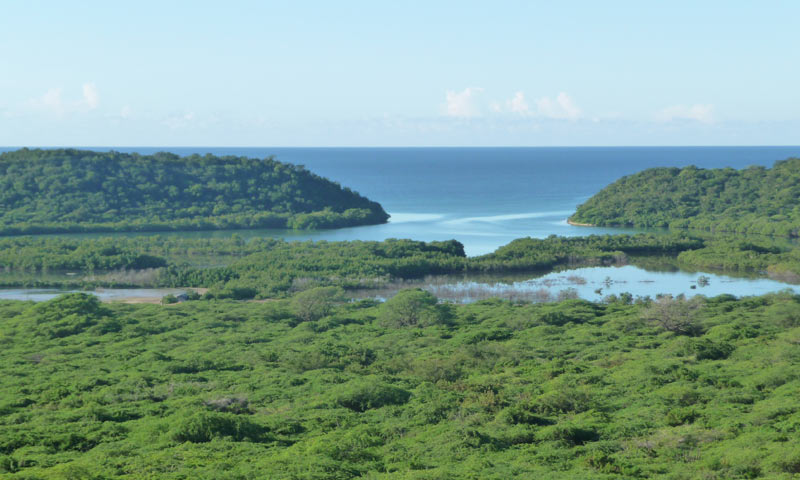 La Parguera Nature Reserve (Eastern Segment) is named after the southwestern coastal town in which it is located, on Puerto Rico’s South Region. It protects a total of 1,616.37 acres within the Costa and Parguera Wards of the municipality of Lajas and is considered one of the most important marine tropical areas in the Caribbean.

The reserve is recognized for the exceptional value of its marine resources, which include two bioluminescent bays (Bahía Fosforescente and Monsio José), a coastal mangrove fringe with several small lagoons, mangrove islands associated with coral reefs, seagrass beds, and an extensive coral reef ecosystem. Such attributes, along with improvements to the area’s accesibility, have transformed La Parguera from a mostly underdeveloped and quiet fishing village established in the mid 1940s, to one of the main tourism and recreational destinations in the southwest coast of Puerto Rico.

Land conservation efforts have concentrated on La Parguera’s eastern terrestrial segments because of their closeness to the area’s main bioluminescent bay, which is still threatened by urban sprawl and water pollution. Only a few places in the world provide constant and adequate conditions to support bioluminescence throughout the year. Although the rarity and unique marine biology of this bioluminescent bay has drawn international promminence and scientific importance to it, its mere existence depends on the preservation of the extremely delicate balance of natural conditions around it.

The forests of the Reserve are located in the subtropical dry forest life zone, and feature extensive salt flats that serve as critical wildlife areas for migratory bird species and for numerous resident aquatic species, some of them threatened and endangered. The area is home to 174 plant species and 117 species of marine and terrestrial wildlife.

One of the most important initiatives to protect the Bahía Fosforescente was undertaken by the Conservation Trust of Puerto Rico, through the initial acquisition of the bay’s adjacent private lands on April 18, 1972. This was also the first land acquisition project ever approved by the CTPR’s Trustees in the early 1970s, a few years after its foundation. Important land acquisitions have continued since, with the Puerto Rico Planning Board officially designating all properties acquired by the Conservation Trust at La Parguera before the year 2000 (1,051.92 acres or 65%) as a Nature Reserve.

Even though efforts to conserve the bioluminescent bay’s immediate surroundings have been successful, it still faces detrimental factors affecting its ecological integrity and ecosystem functionality, such as increasing urban sprawl from La Parguera’s town center, water pollution from boating activities, unsustainable recreational and tourism practices, and light pollution, among others. The Conservation Trust currently manages approximately 1,616.37 acres at the eastern segment of La Parguera, the lands it has acquired after the year 2000 have yet to be officially incorporated into the Nature Reserve.