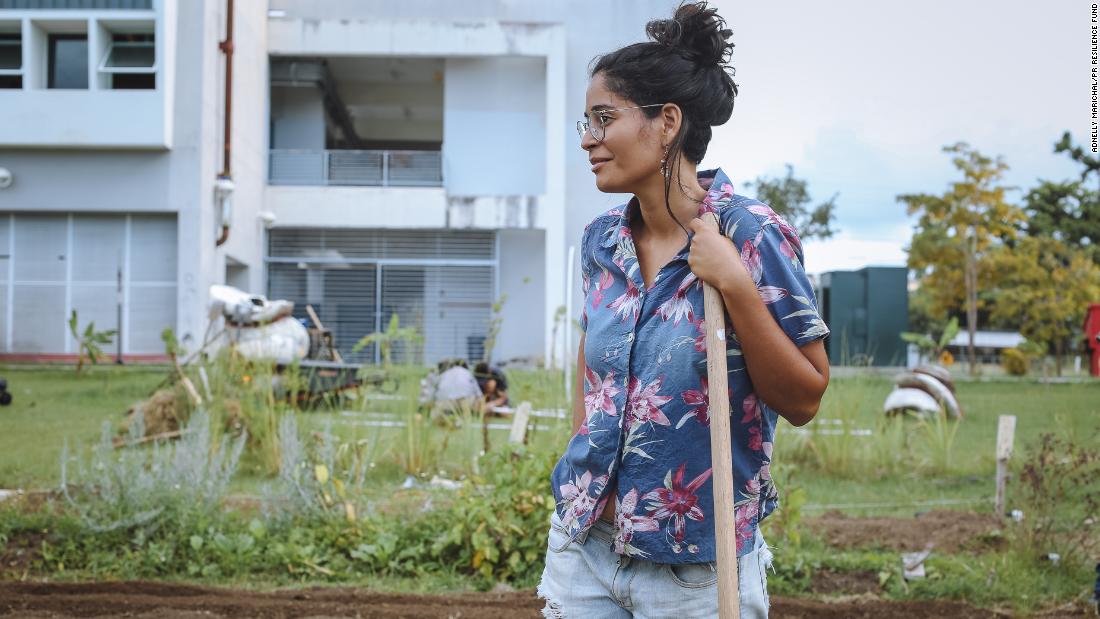 Maria came on the heels of Hurricane Irma — sister-storms that would forever change the fate of the island.

But even as Maria churned, another sister-storm raged on. This one involved a sisterhood of Puerto Ricans, some living on the island, others part of the diaspora in the US mainland.

Most of these women have never met, but together they display a raw human resolve capable of reinventing the island’s future.

Right now they are rebuilding Puerto Rican homes, restoring farms, installing solar power grids and seeking to transform the local economy — all motivated by a heartfelt wish for the island they call home to become whole again.

These are their stories.

THE HOUSE THAT WOMEN BUILT

Carla Gautier is an architect with a monumental function — in the form of a shipping container.

“In most houses, the only thing standing was the toilet,” Gautier told CNN.

For generations, more than half of Puerto Ricans relied on informal construction to build affordable homes and bypass a costly, bureaucratic process. It was these homes that bore the brunt of María. About 300,000 dwellings suffered significant damage and some 70,000 of those were completely destroyed, according to the island’s Housing Department. Without formal property deeds, home owners struggled to get federal aid. Money was tight.

“It was really frustrating,” Gautier said. “I wanted to figure out a way to make a type of home construction that was accessible to everyone.”