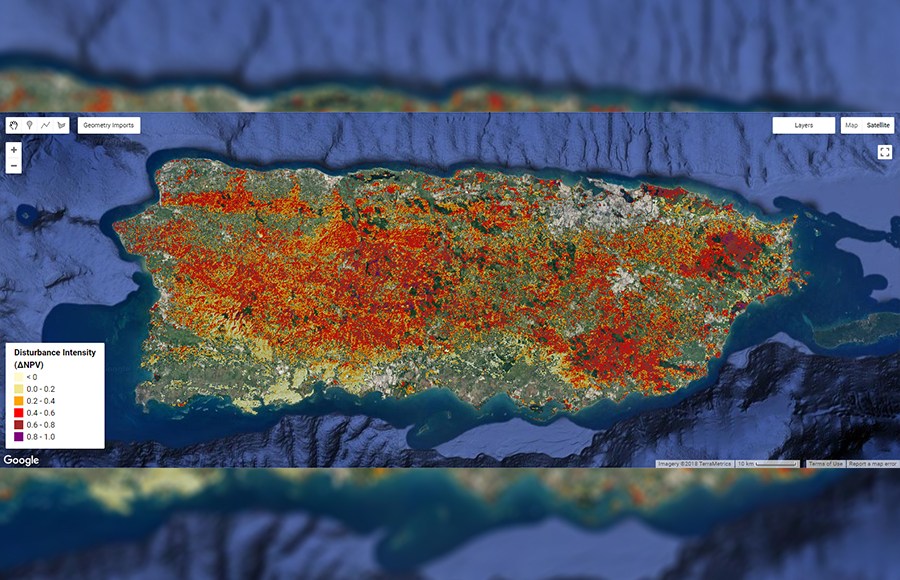 An estimated 23 to 31 million trees were severely damaged in Puerto Rican forests after Hurricane Maria, according to a study published by the Lawrence Berkeley National Laboratory on March 1.

The study focused on the ecological damage inflicted on Puerto Rican forests by recent hurricanes, particularly Hurricane Maria. Scientists used data from the Landsat 8 satellite to compare images of the island from before and after Hurricane Maria, according to Robinson Negrón-Juárez, one of the co-authors of the study, and the study’s abstract.

They examined the individual pixels of these images to determine changes in nonphotosynthetic vegetation of the forests and calibrate the level of disturbance in the forests following the hurricane, according to Negrón-Juárez.

“To each level of disturbance, we assigned a percentage of tree mortality based on our previous studies in the Gulf Coast,” Negrón-Juárez said. “Therefore, our results about Maria are very preliminary, since we did not conduct field work.”

The study’s first author is Yanlei Feng, a doctoral candidate in the department of geography at UC Berkeley, and her corresponding author is Jeffrey Chambers, a faculty scientist in the climate sciences department at Berkeley Lab.

Though the study was not able to address the level of urban damage, the researchers found the overall ecological damage was considerable, according to co-author Jazlynn Hall, a doctoral student at Columbia University.
An estimated 23 to 31 million trees were severely damaged in Puerto Rican forests after Hurricane Maria
“The ecological damage that we observed was widespread and was in many places severe,” Hall said in an email. “We are currently planning to collect field estimates of tree damage and mortality that would give us a clearer idea of the overall ecological damage.”

According to Feng, the tree damage can manifest in many ways, including snapped and uprooted trees and tree canopies stripped of leaves. Hall added that the scientists are still determining the exact extent of the ecological damage.