Mysterious egg on ocean floor was actually a catshark, and it was moving, NOAA says

CHARLOTTE, N.C. — A mysterious “translucent egg case” found last week off an uninhabited island near Puerto Rico has been identified by NOAA explorers as something few scientists had seen. 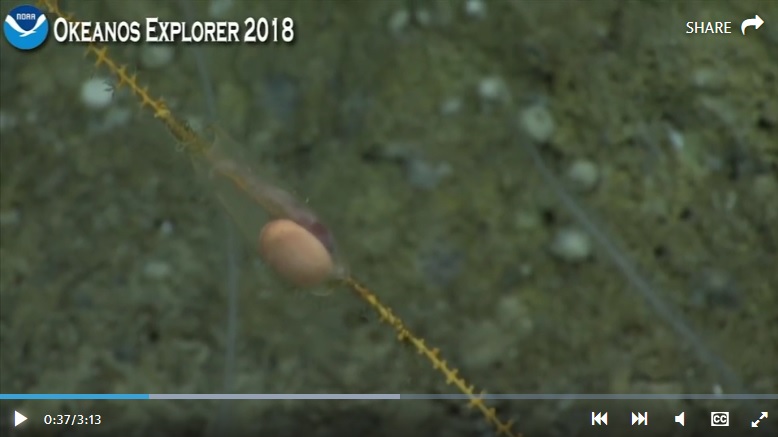 “Upon zooming in on this egg case,” says a NOAA mission report, “we were able to clearly see the embryo … actively swimming within the case.”

This embryo was a “very rare sighting” of a developing catshark, a little understood species of shark named for their bugged-out — and haunting — feline eyes.

Catsharks are notoriously “shy and nocturnal and often hide in crevices,” reports National Geographic. And they’re small, typically growing about 20 inches in length in the ocean off Puerto Rico, says NOAA.

“Most catsharks live in seas above the upper continental slope, a location that makes it difficult to observe these sharks and collect specimens. Therefore, much information about catsharks remains to be discovered,” reports AnimalDiversity.org.

They are not considered a danger to humans, despite having a mouth full of teeth, according to the Florida Museum of Natural History.