“One of the best covers I’ve seen.” 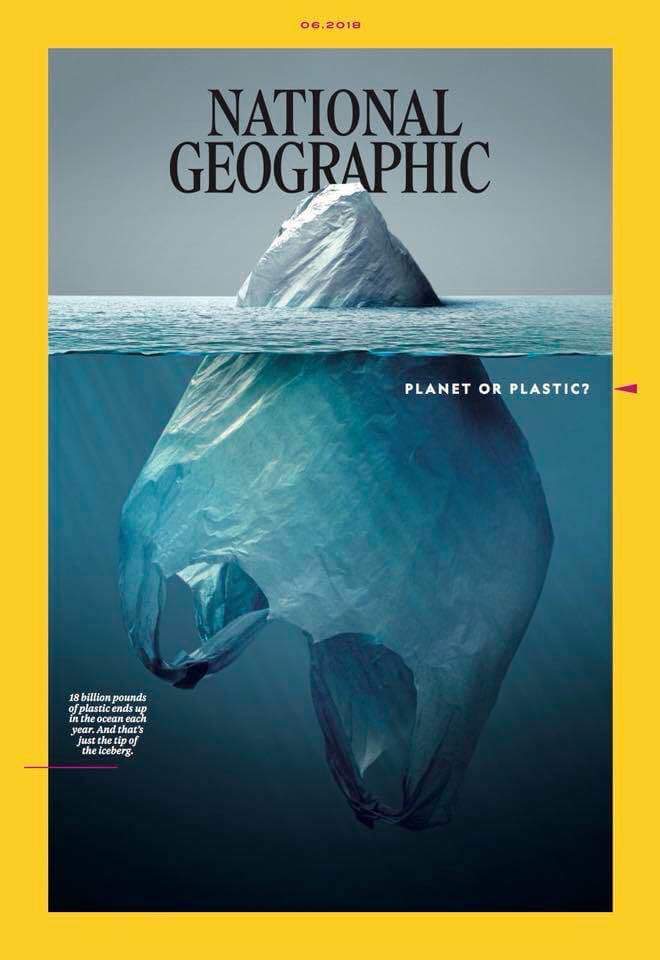 National Geographic warns of the devastating effects that plastics are having on the planet with a clever cover for its June edition.

The cover image shows an iceberg-resembling plastic bag partially submerged in the ocean:

The 18 billion pounds of plastic that end up in the ocean each year are “just the tip of the iceberg,” the caption says.

It’s now going viral, with hundreds of people praising the publication for taking on the important topic in such a thought-provoking way: