A week after construction was scheduled to resume on a long-delayed $1.4 billion telescope at the summit of Mauna Kea — a dormant volcano on Hawaii's Big Island — thousands of Native Hawaiians who consider the mountain sacred continued to protest the planned observatory. 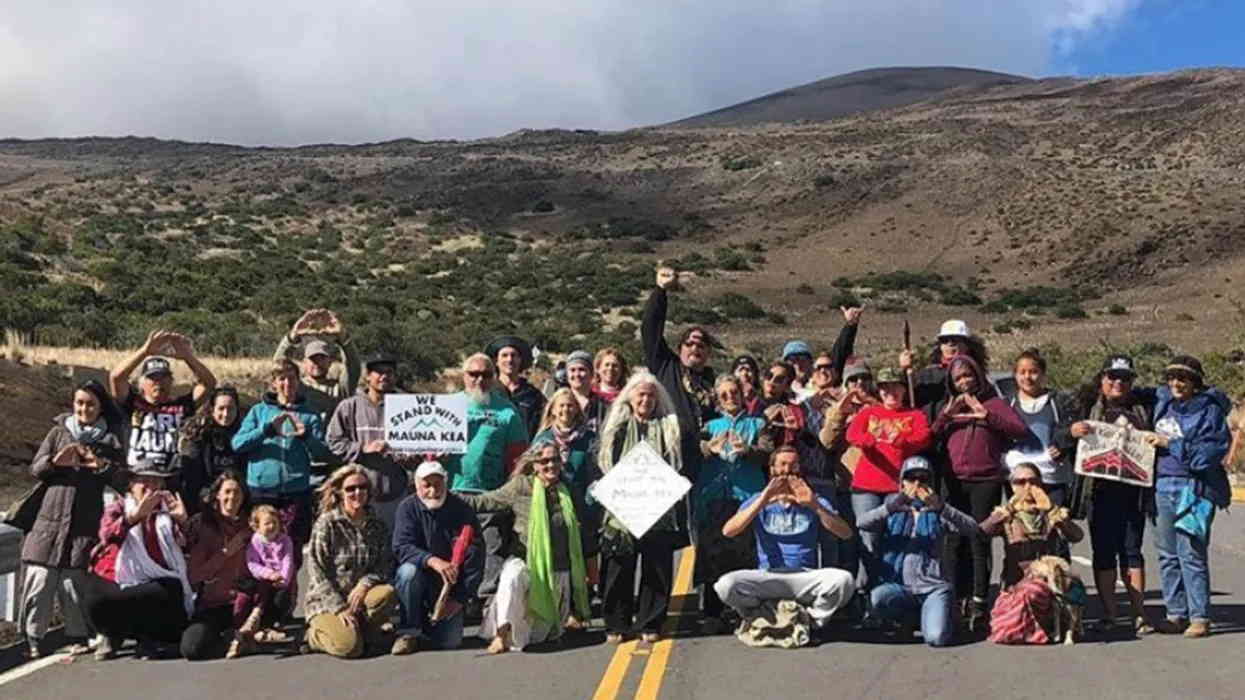 Explaining that the 13,796-foot mountain is considered home to Native Hawaiian deities, Kaho’okahi Kanuha — a leader of the kia’i, or protectors, who have set up camp on the mountain — told CNN Sunday that “it is without a doubt one of our most sacred places in all of Hawaii.”

Kanuha said that Mauna Kea — considered by astronomers one of the best places in the world to observe the skies — already has been “desecrated” by 13 other telescopes and with the ongoing Indigenous-led movement against the Thirty Meter Telescope (TMT).

“This is our last stand. We are taking a stand not only to protect our mauna and aina — our land — who we have a genealogical connection to,” Kanuha explained. “We are fighting to protect it because we know if we cannot stop this, there is not very much we can fight for or protect.”

Pua Case, an Indigenous organizer and one of the Mauna Kea protectors, appeared on Democracy Now! Monday to discuss why thousands of Native Hawaiians and other critics of the project are protesting.