Nespresso is producing its first-ever, 100% Puerto Rican coffee. And the coffee pod giant is getting some help not only from brand ambassador George Clooney but fellow actor and playwright Lin-Manuel Miranda. 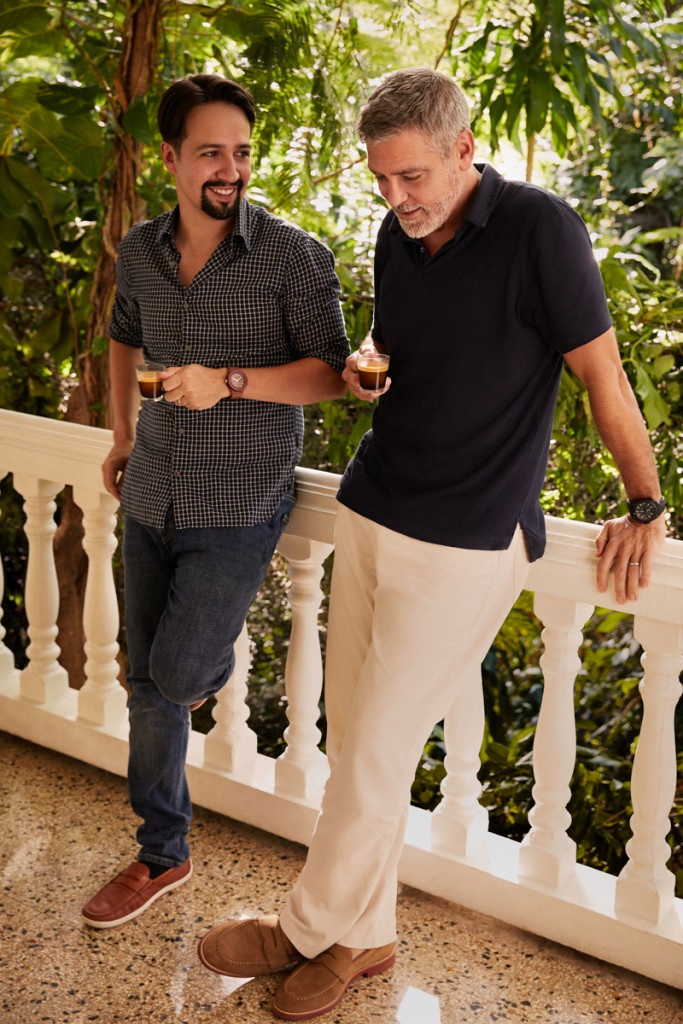 Named Cafecito De Puerto Rico, the rare coffee is touted to highlight the natural earthiness of Puerto Rico’s coffee beans. Nespresso says it is launching the limited-edition line to reaffirm its commitment to reviving the island’s coffee industry.

In 2017, Hurricanes Maria and Irma destroyed 80% of Puerto Rico’s coffee trees and harvest. As a Nespresso brand ambassador for more than 15 years now, the company has cited Clooney as a critical part of its sustainability initiatives, traveling to South Sudan and most recently to Puerto Rico. During his last visit, Clooney also toured farms and met with farmers and their families to discuss the impact of both hurricanes and what needs to be done to revive their land.

Various organizations—including the Hispanic Federation as well as Nespresso—have been working with local coffee farmers to help revitalize their crops. Just over a year ago, the Hispanic Federation—together with the Miranda family—announced the launch of a three-year initiative to revitalize Puerto Rico’s coffee sector. Founding partners to the initiative included the Hispanic Federation, Nespresso, the Rockefeller Foundation, Starbucks, TechnoServe, and World Coffee Research—all of which pledged to smallholder coffee farmers on the island. The Hispanic Federation made the first investment of $1 million, and Nespresso also committed $1 million. TechnoServe has hired and trained local professionals to be farmer trainers, and over 280 farmers have begun participating in monthly, hands-on training sessions, which take place in four major coffee producing regions.