Ecologist Grizelle González says because of concerns about the safety of visitors, El Yunque remains closed until further notice. 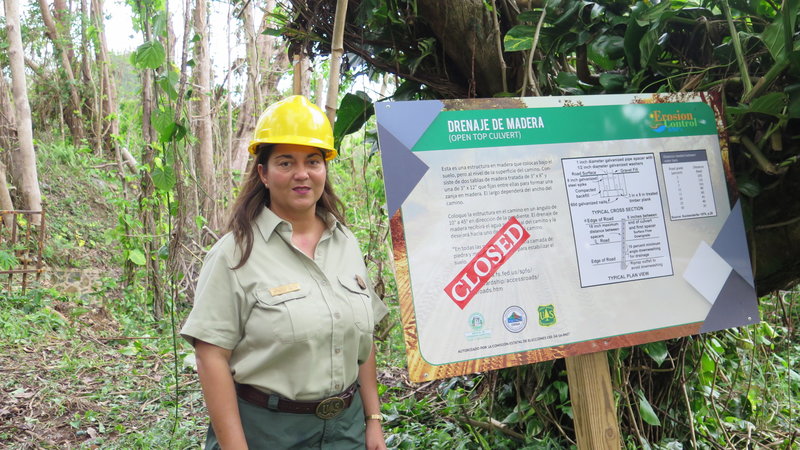 Grizelle González is an ecologist who’s worked at El Yunque National Forest for 25 years — first as a student and then as a researcher with the U.S. Forest Service. The 46-year-old has a deep attachment to the tropical rainforest. Even now, she gets emotional when she recalls what El Yunque looked like after Hurricane María hit the island on Sept. 20.

Before the hurricane González says it was very comfortable walking in the forest, and the ground was cool and moist. “But, all of that changed. It was very powerful.”

El Yunque took a direct hit from the Category 4 storm and remains closed to the public. Although some leaves are coming back, the canopy was still largely bare in November. González says researchers believe as many as one-fifth of the trees in the 28,000-acre tropical rainforest may eventually die as a result of the storm.

“The system is working”

González, who is project leader of the research unit at the Forest Service’s International Institute of Tropical Forestry, says El Yunque has long been her passion. Ever since she was a child, her dream was to live and study in the Luquillo Mountains, where El Yunque sits, and her first job as an undergrad was to look there for worms as part of an ecology professor’s research.