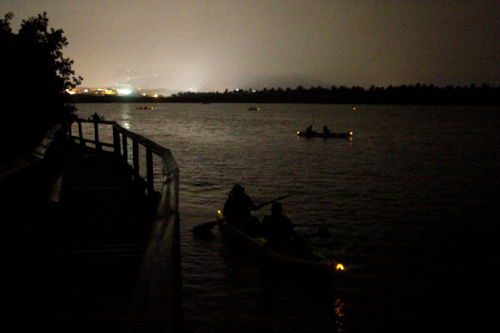 Originally called Puerto Rico Brilla Naturalmente, we created this public outreach initiative to raise awareness about light pollution, a serious problem we need to tackle, especially in natural areas with high ecological value like Cabezas de San Juan Nature Reserve. Our organization leads this initiative together with an Advisory Council on Light Pollution that groups representatives of government, universities and nonprofit entities sharing this cause. Puerto Rico Shines Naturally began as a demonstrative project in Cabezas de San Juan, where we have reached thousands of participants while also reducing light pollution by half in areas near its bioluminescent lagoon. The effort was awarded the Prize for the Best Environmental Initiative by Fundación MAPFRE (Spain) in 2012.