The Complex and Frustrating Reality of Recycling Plastic

Departing festival goers pass garbage left behind at the Glastonbury Festival on June 26, 2016 near Glastonbury, England. 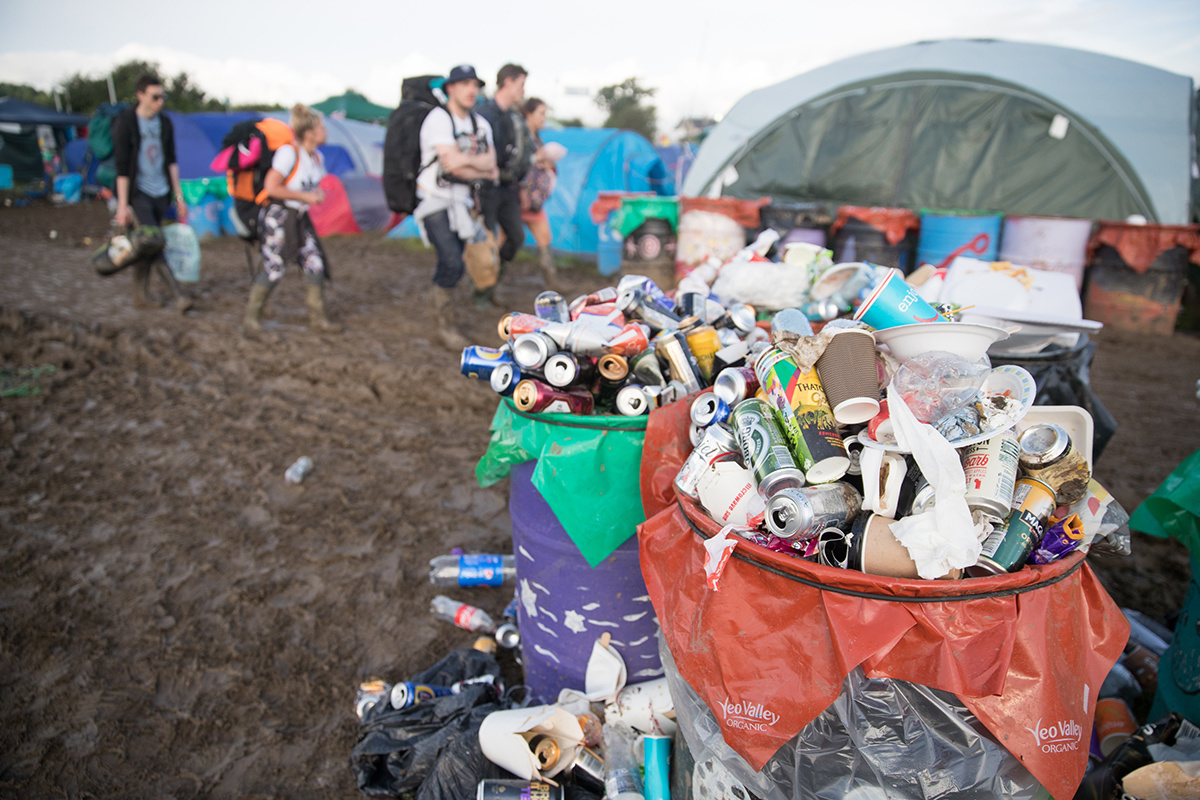 Global consumers now use a million plastic bottles every minute, 91 percent of which are not recycled. Our growing consumption of single-use plastic is evident in the form of ever-expanding landfills, as well as pollution on our sidewalks, along roadways and in natural ecosystems. Plastic that is littered or blown out of waste bins makes its way into storm drains, streams and rivers. Ultimately, up to 8 million metric tons of it enter the world’s oceans every year.

Scientists aren’t sure how long it takes for plastic to fully biodegrade—estimates range from 450 years to never, National Geographic reported in its June issue, which is devoted to the mounting plastic pollution problem. But we know enough to know that the staggering 9.2 billion metric tons of plastic produced since the 1950s isn’t going anywhere anytime soon. At this rate, our oceans will contain more plastic than fish by 2050.

Many now consider ocean plastic pollution an existential threat on par with climate change, but it seems like it should be an easy one to fix. Plastic is recyclable, after all, so why can’t we just recycle it? It turns out it’s not as simple as it sounds.

Around two-thirds of the plastic that enters the ocean from rivers is carried by only 20 waterways—the majority of which are on the Asian continent, where access to waste collection and recycling is often limited. Even in countries with established waste management infrastructure, the picture remains bleak: Less than 10 percent of the plastic used in the U.S. is recycled, according to the most recent U.S. Environmental Protection Agency (EPA) data. Figures improve for select plastic materials—for example, around 30 percent of polyethylene terephthalate, commonly used to package household staples like bottled beverages, condiments and personal care products, is recycled—but even these rates remain woefully out of balance with our increasing reliance on single-use plastic.

To make matters worse, fluctuating demand for recycled material and consumer confusion about what is recyclable make it harder for U.S. collection programs to remain economical. If nothing changes, municipal recycling programs across the country may be forced to scale back or even shut down—hastening our collision course with a new paradigm defined by toxic seas.

This grim reality begs the question: How can developing markets—which now produce roughly half of the world’s plastic—hope to establish effective recycling infrastructures if countries like the U.S. are still unable to get it right? What’s holding us back from recycling more plastic, and what can we do to save our oceans before it’s too late?

The Cost of Confusion

For decades, PR campaigns and public service announcements touted the ease of recycling. “Just move your hand over a few inches,” spokesman after spokesman said, “and throw that plastic, metal or paper into the recycling bin instead of the trash.”

The reality of recycling is far more complicated—even in nations like the U.S., where curbside programs have steadily proliferated since 1980. Neighboring communities can have vastly different recycling programs, and educational campaigns that hinge on industry jargon often do little to ease confusion for residents.