A home destroyed by Hurricane Maria in Puerto Rico on Sept. 17. 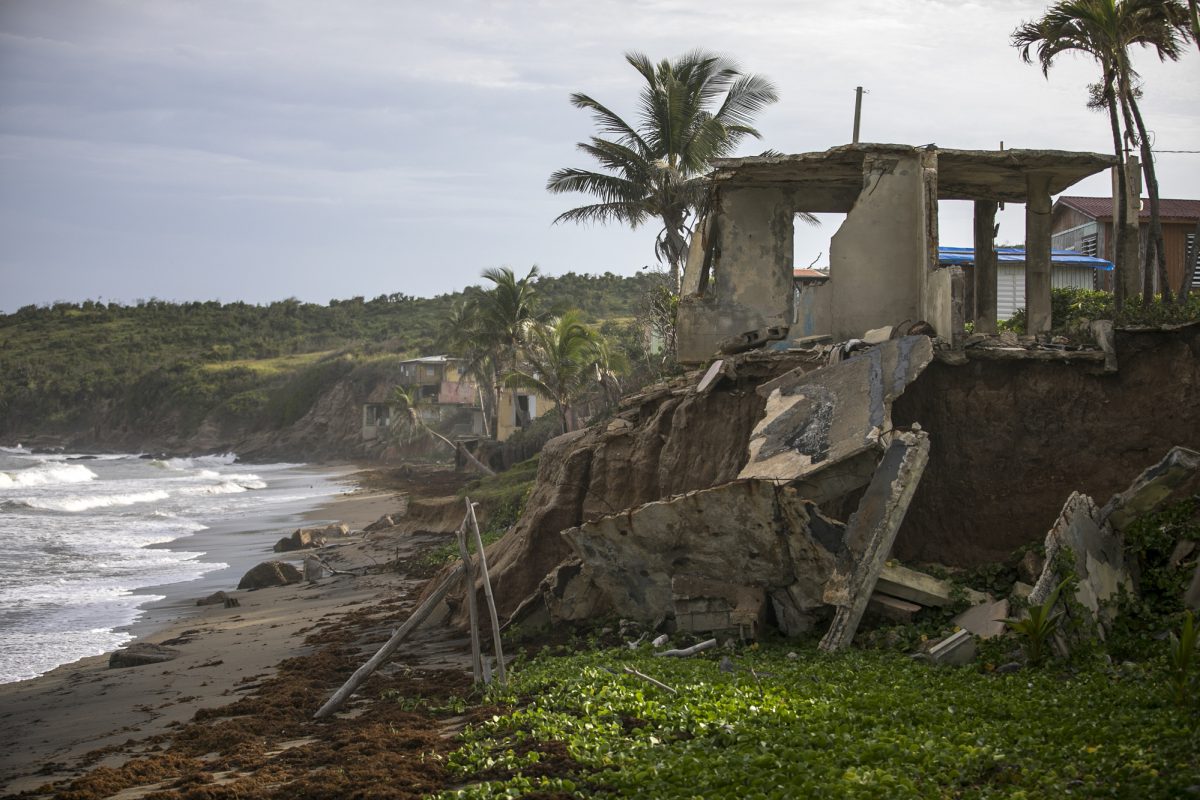 President Donald Trump falsely asserted that Puerto Rican politicians are seeking to use federal disaster aid to pay off the crippling debts that pushed the island into a record bankruptcy.

Puerto Rico is expecting billions in disaster recovery aid to help rebuild from last year’s Hurricane Maria, an influx that has improved the island’s economic prospects by bringing in capital for infrastructure and promising to create jobs. This week it prompted a federal oversight board to project budget surpluses for the island through 2023, after accounting for a planned program of economic reforms.

But neither the island’s leaders — nor the board installed by the U.S. to oversee its budget — are proposing using disaster recovery aid to directly pay off bondholders or other lenders, who have been squaring off in federal court and stand to recover a portion of their investments once the government emerges from bankruptcy.

Trump’s tweet came just after the federal oversight board approved an updated fiscal plan Tuesday morning. The plan projects a total surplus of $30 billion by 2033 if the commonwealth implements structural reforms and curbs spending. The speculation is that the more excess cash Puerto Rico has and the better its economy performs, the more money bondholders will recoup. The fiscal plan doesn’t allocate those additional monies for debt repayment.

Trump has repeatedly clashed with Puerto Rican officials. He waged a Twitter war with San Juan Mayor Carmen Yulin Cruz, who criticized his leadership in the initial relief effort. He also recently questioned the findings of a government-commissioned George Washington University study, which estimated that the island suffered 2,975 excess deaths during the storm and its aftermath, suggesting without evidence that the death count was artificially inflated.