Sensors were placed in streams like this one, Quebrada Sonadora, in the Luquillo Mountains 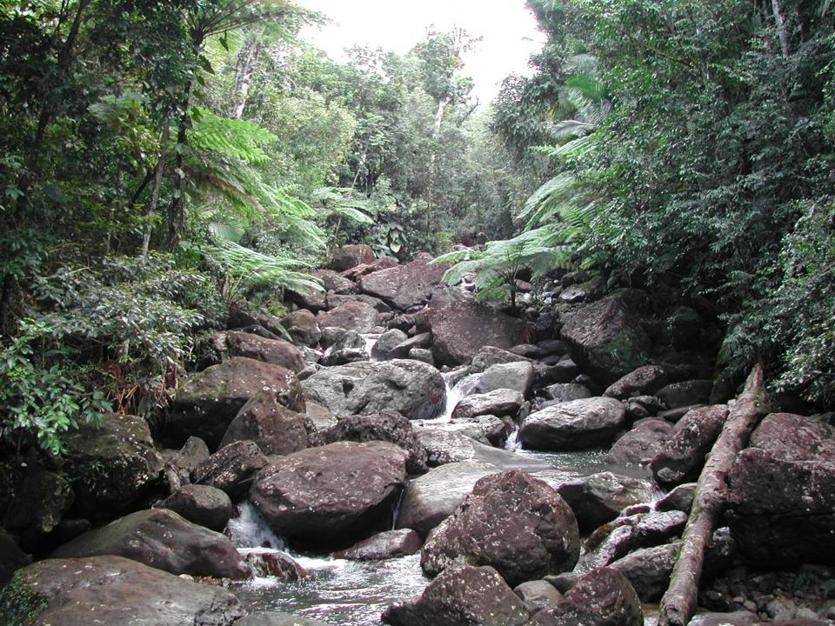 Many people suffered from Hurricane Maria in Puerto Rico. But scientists, in a new study, say they’ve uncovered a worrisome impact on the environment, too.

The theory is that stronger and more frequent storms caused by climate change have knocked down vegetation, and the resulting decomposition elevated nitrate levels in the soil. Storms are then washing the nitrate into the streams, researchers said in a statement from the university.

The increased levels of the plant nutrient threaten ecosystems along the island’s coastline with algal blooms that could harm marine life, the researchers said.

Following Hurricanes Irma and Maria in 2017, both Category 4 storms, researchers observed unexpectedly high levels of nitrate in the streams for a prolonged period.

“Nitrate is important for plant growth but this is a case where you can have too much of a good thing,” said William McDowell, professor of environmental science at the University of New Hampshire, lead author of the study. “Over the last three decades, we’ve noticed elevated levels of nitrate right after a hurricane, but after these back-to-back major storms, the wheels came off the bus.”