Whales Keep Carbon out of the Atmosphere

If conservation efforts pay off, whales could help islands meet their emissions reductions 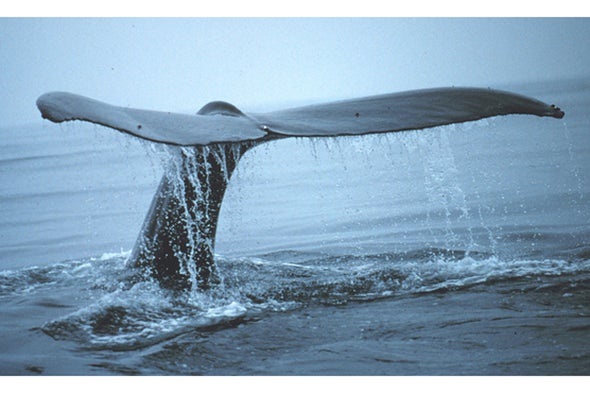 Residents of the Pacific islands are keeping an anxious eye on the whales that populate their steadily warming waters. Many are concerned that climate change will take a toll on the marine mammals that are an integral part of the islands’ culture, as well as the base of a thriving eco-tourism industry.

Members of the scientific community are also worried, albeit for a different reason: Whales are crucial to ocean carbon absorption. As whale numbers dwindle, it could lead to increased greenhouse gases in the atmosphere, scientists say. But if conservation efforts pay off, whales could play a role in helping the islands meet the reductions to their nationally determined contributions (NDCs) of greenhouse gases framed in the Paris Agreement.

“The main takeaway here is that whales eat carbon, not fish,” said Angela Martin, project lead with Blue Climate Solutions and co-author of a recent report produced for the secretariat of the Pacific Regional Environment Programme that looked into the species’ role in carbon absorption.

“The deep ocean stores a lot of carbon, so it’s worth looking at the contribution of animals and help in conservation efforts,” she added.

Whales facilitate carbon absorption in two ways. On the one hand, their movements — especially when diving — tend to push nutrients from the bottom of the ocean to the surface, where they feed the phytoplankton and other marine flora that suck in carbon, as well as fish and other smaller animals. The other, explained Natalie Barefoot, executive director of Cet Law and co-author of the report, is by producing fecal plumes.