Why don’t birds’ feet freeze in the cold?

Nature packs all kind of cold-defying defenses in these bony little feet. 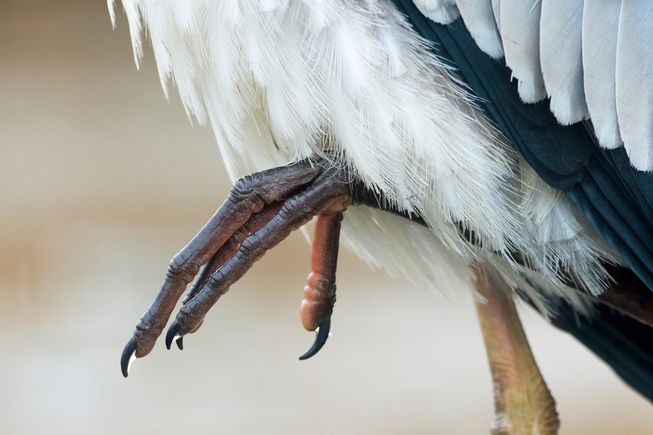 Sometimes it seems like you can catch a cold just from seeing a bird outside in the middle of winter. How does a coat of flimsy feathers keep sub-zero temperatures at bay?

And those feet. Barefoot in winter? Seriously?

The thing is, more than a few well-meaning humans take it a step further — and call local wildlife authorities, practically begging them to get that bird out of the cold.

Chantal Theijn has been there. As founder of Hobbitstee Wildlife Refuge in Ontario, Canada, she has seen birds in a lot of dire situations. Barefoot in winter is generally not among them.

“Very very rarely, I have seen it,” the tells MNN.

And only on those occasions that a flash freeze caught them by surprise. Like four years ago, when the Great Lakes iced over completely.

“You know how they swim around in the water to keep water open?” Theijn explains. “Because the frost was so severe so fast they froze in the ice.”

But there’s a very good reason why even the coldest of winters aren’t much of a problem for most birds: Their feet are ingeniously designed so that they’re already cold to begin with. Thanks to a network of arteries — called rete mirabile or “wonderful net” — a bird’s heart is wired to its feet in such a way that by the time the tiny amount of blood gets down there, it’s cooled. And when blood flows back up, it’s warm. This heat exchange system ensures warm blood stays close to the bird’s heart, while the cool stuff dribbles down to its toes. The bird feels very little down there, and, most importantly doesn’t experience any heat loss.