Why Puerto Rico Is No. 1 on Our Places to Go List

Recovering from Hurricane Maria, in 2019 the island represents so many fragile spots around the globe. 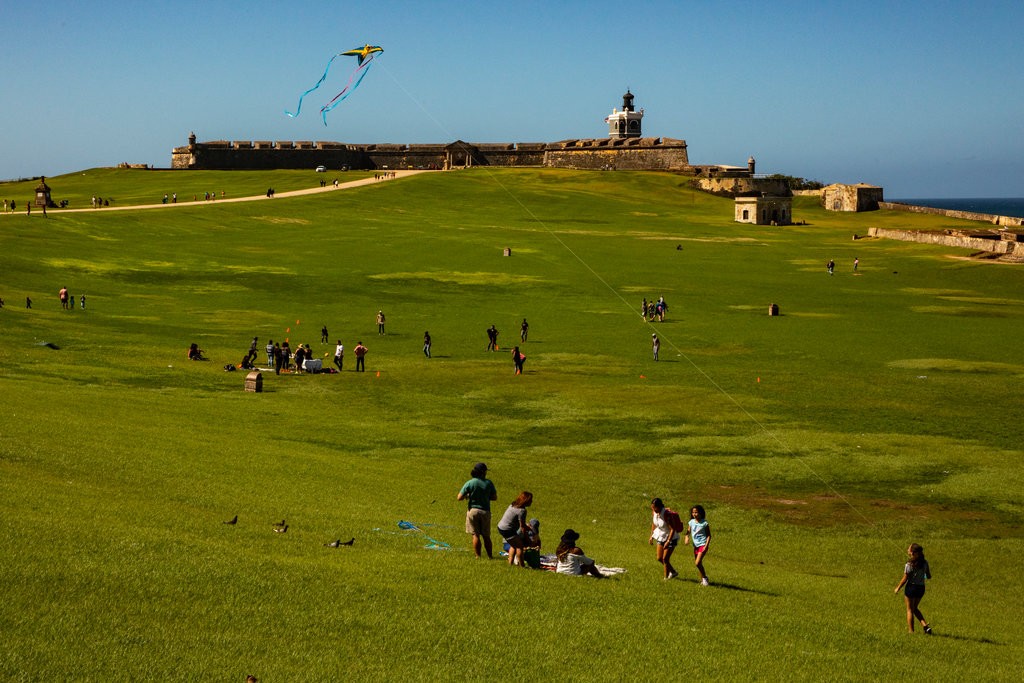 For as long as I can remember growing up in Puerto Rico, El Morro, the indestructible fort with the endless lawns at the entrance to San Juan harbor, was where you went to fly a kite. And on a recent sunny afternoon, just as expected, a couple and their young son were there trying to catch an updraft to loft a plastic butterfly with a long blue tail into the sky.

On Fortaleza Street, an art installation of colorful umbrellas hovered above pedestrians, triggering countless selfies. A short ferry ride away from the old city, at the Bacardí rum distillery in the town of Cataño, visitors sipped cocktails in an open-air pavilion with a roof shaped like a bat in flight.

But as Puerto Rico tries to come back as a premier Caribbean destination after the devastation wrought by Hurricane Maria in Sept. 2017, just a short drive from the pricey beachfront hotels, hundreds of residents are still living under leaky tarps, their poverty on display in glaring bright blue.

The tourists celebrating birthdays would not know that the coffee farms will take years to recover — and the red mangrove forests decades — or that commercial fishermen in the town of Luquillo still can’t get their usual haul of lobster, octopus and conch. After the Juan Martín River jumped its banks during the hurricane and took over the dirt road to the beach, the fishermen said, access is so difficult that they need to car pool on four-wheel drive vehicles or they can’t fish as much.

Why should tourists worry about any of this? Isn’t a Caribbean vacation by definition an escape from life’s troubles?

But in the juxtaposition of its two worlds, the tropical paradise versus the struggling island, Puerto Rico is representative of the many fragile places around the globe right now: The islands facing a future of sea level rise and extreme weather. The arctic spots where winter itself is under threat. The cities where a combination of climate change and bad planning has resulted in devastation.