The remains of a destroyed car stand infront of a destroyed home in the aftermath of the Holiday Fire on July 7, 2018 in Goleta, California. The fire destroyed a number of homes in the community during an intense heat wave which broke various records across Southern California. 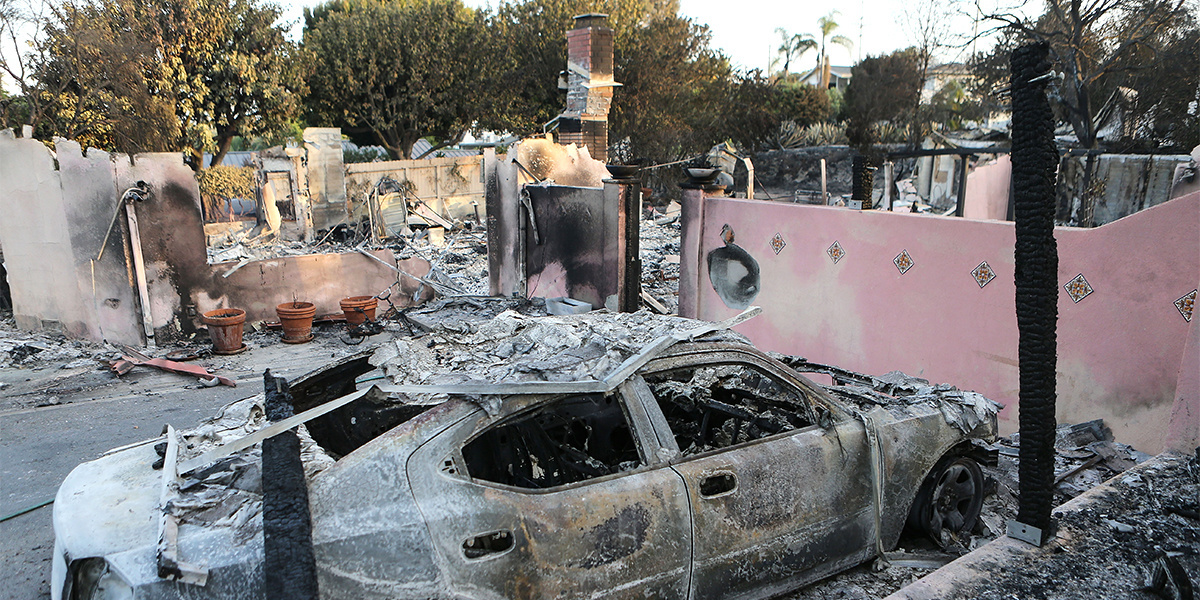 That 2.5 percent was forced to endure the record-breaking heat wave without air conditioning or fans.

Further south, the San Diego NWS said Friday’s temperature of 120 degrees in Chino might be the highest temperature ever recorded temperature by the Automated Surface Observing Systems (ASOS) in the valley or coastal areas of Orange, Riverside, San Bernardino or San Diego counties.

The record temperatures were a break from historical patterns that usually see Southern California reach its highest temperatures in September and October, according to The New York Times.

The heat wave did no favors for firefighters combating the dozens of wildfires that have broken out in the Western U.S.