Will Climate Change Push These Amphibians to the Brink? 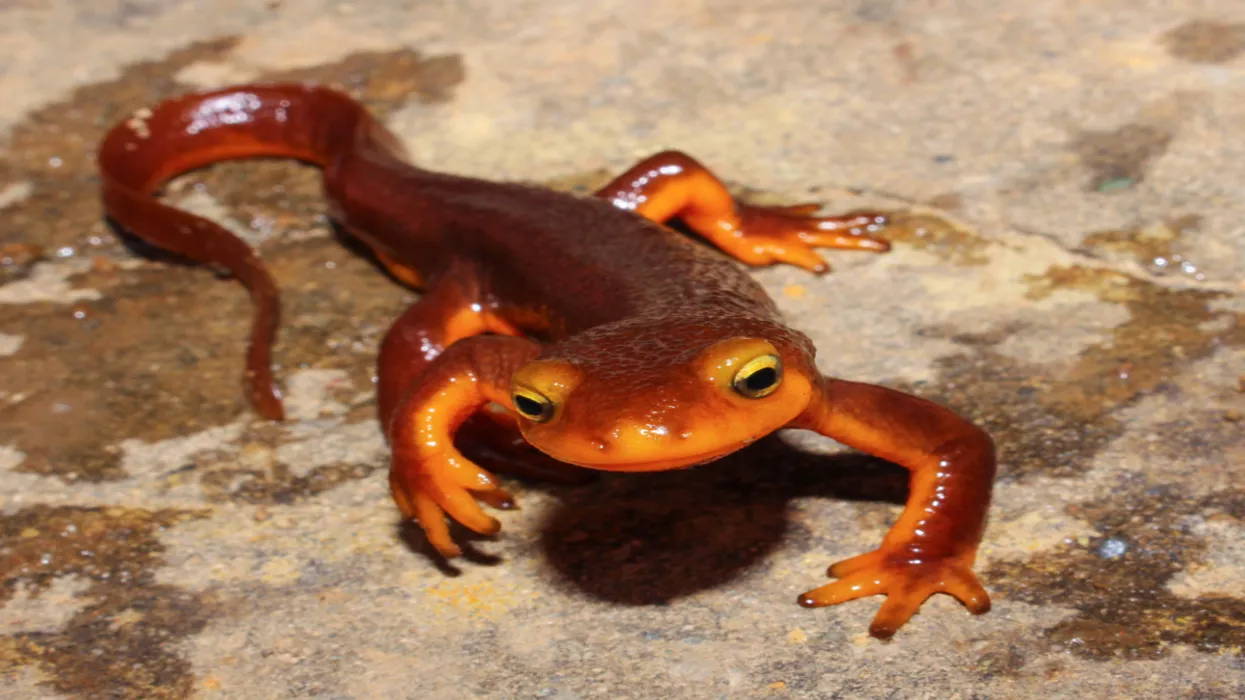 Aerial photos of the Sierra Nevada — the long mountain range stretching down the spine of California — showed rust-colored swathes following the state’s record-breaking five-year drought that ended in 2016. The 100 million dead trees were one of the most visible examples of the ecological toll the drought had wrought.

One of those is the California newt (Taricha torosa). These large, colorful amphibians live across the state, from Mendocino County to San Diego County, but newts living in Southern California fared worse during the drought, according to a new study published in the Nature journal Scientific Reports. And worse, anticipated future changes to the climate are likely to put northern newts in the same boat in coming decades.

Researchers have been surveying populations of these amphibians for decades. By tagging them with transponders and following their movements, they’ve learned that the newts can live for more than 30 years and return to the same spots year after year as they migrate between freshwater and land.

But as the drought began in 2012, the researchers noticed a change in the Southern Californian populations. There were fewer newts from the tagged population coming back to dozens of breeding sites monitored across the region each year. The researchers also observed fewer egg masses, tadpoles and larvae.

“Here’s a long-lived species that we’re not seeing individuals that we’ve seen for the last 10 or 15 years coming back to the sites where they usually breed,” says Gary Bucciarelli, the lead author of the report and an assistant adjunct professor of ecology and evolutionary biology at UCLA.