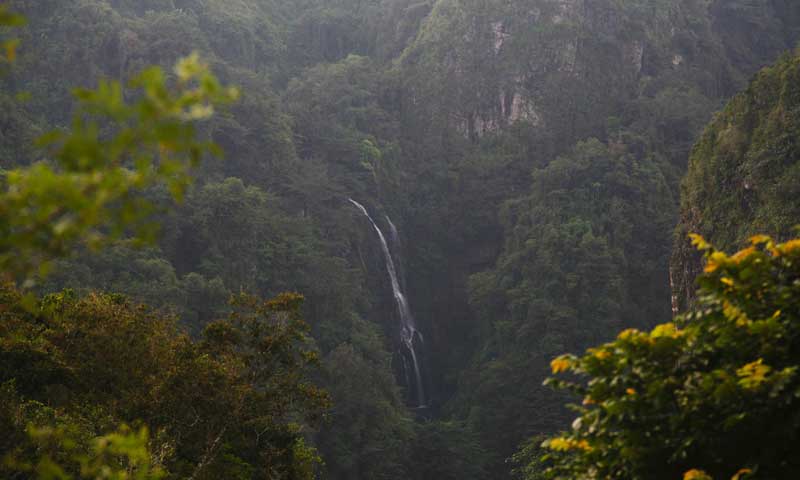 With the erosive action of the Río Usabón still sculpting its way along the canyon’s bottom, the structural characteristics of the canyon have led to the establishment of exceptional and unique ecosystems and biological communities that are home to more than 749 species of plants and wildlife. Its rocky riverbed captures the waters of an elaborate system of tributaries throughout its nearly 6.52 miles (10.5 km) of length, creating waterfalls and natural ponds including the breathtaking Salto La Vaca, the highest waterfall in Puerto Rico at approximately 300 feet (91.4 m).

After many years of neglect and misuse as a waste dump by nearby municipalities, and following a public campaign to protect the area started in the 1960s, the Conservation Trust of Puerto Rico was able to acquire most of the private properties within the canyon by 1974. It currently manages nearly 1,521.41 acres of land protected by the CSCNPA, and along with an aggressive array of conservation and restoration measures that have been put in place since then, it has transformed the area from a foul and disregarded site to the pristine and highly prized natural treasure it is today.

The establishment of a tree nursery in the CSCNPA has been significant in implementing reforestation efforts in its forests, and together with management facilities and offices operating on site—which include a historical house (Casa Laboy)—they have effectively contributed to the Conservation Trusts’ efforts in securing the functionality and health of the area’s ecosystems.