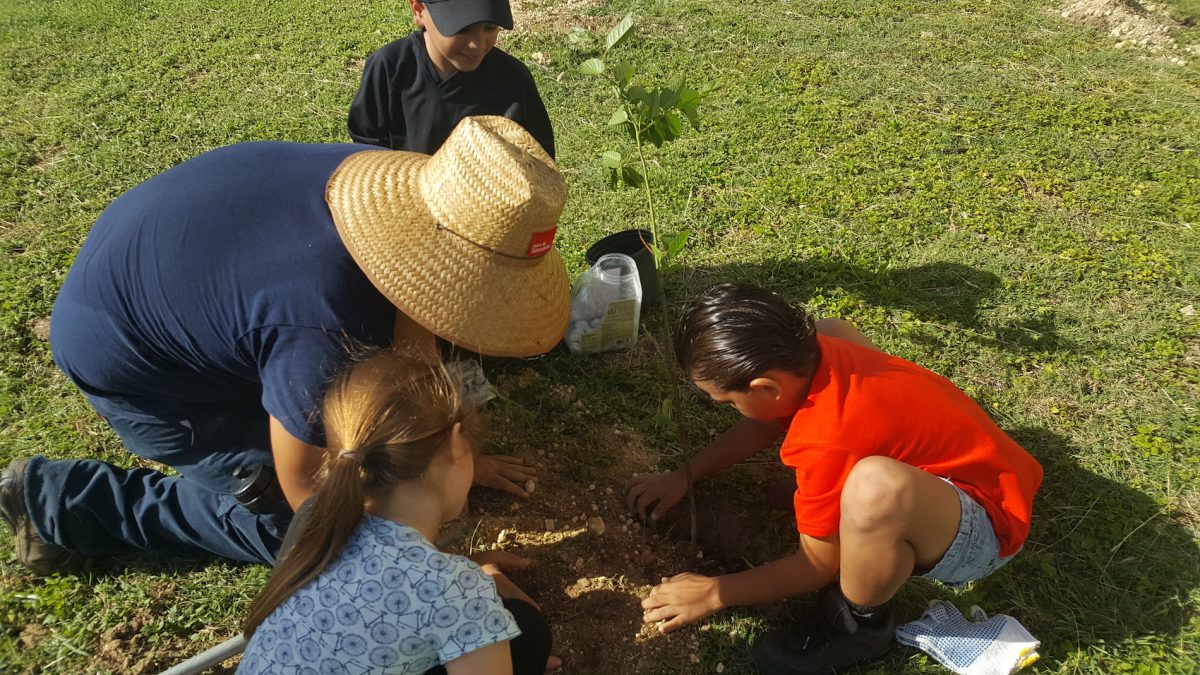 More than fifty residents from Ponce’s communities began reforesting their city after the passage of hurricane Maria, during the activity of planting 125 native trees in the Judicial Center, whose trees were severely impacted by the impact of the atmospheric phenomenon.

The activity was possible through an alliance between Para la Naturaleza, the Comité Amigos de los Árboles, the Department of Natural Resources (DRNA), the Judicial Branch of Puerto Rico and the Public Buildings Authority.

The Comité Amigos de los Árboles which is largely composed of lawyers and professionals working in the Judicial Center- consulted with the staff of Hacienda Buena Vista Protected Natural Area, on how it could be reforested in an orderly and intelligent manner, while initiating conversations with the administration of the Judicial Center so that they could join the initiative. Para la Naturaleza will continue to provide voluntary assistance to communities surrounding its areas and nature reserves as part of their Community Fund.

“Even though some trees fell, almost all of them were trimmed excessively. We consulted with Para la Naturaleza and talked with the Administrative Judge Lissette Toro, with whom we plan to do this planting,” said Martín González, spokesperson for the Comité Amigos de los Árboles, the community organization that oversaw the citizens’ convocation.

The planting initiative Reforestando con Justicia was possible thanks to the donation of 60 native trees from Para la Naturaleza, from Hacienda Buena Vista nursery, as well as another 65 from the nursery that the DRNA in Boquerón, Cabo Rojo.

“Today we are going to plant tree species that will give us shade, flowers and that serve as a refuge for our native birds. The commitment with each one of us with these trees begins today, “said Ray Rodríguez, environmental interpreter at Hacienda Buena Vista, while planting a native tree with Judge Administrator Lissette Toro.

“The support of Para la Naturaleza has been fundamental to the success of this planting. I understand that we were a model as a judicial region and there are talks to do the same in other judicial regions, “added Judge Administrator of the Judicial Region of Ponce, Lissette Toro. Para la Naturaleza will continue to grant voluntary assistance to communities surrounding its areas and natural reserves as part of their Community Fund.

Para la Naturaleza will continue to grant voluntary assistance to communities surrounding its areas and natural reserves as part of their Community Fund.