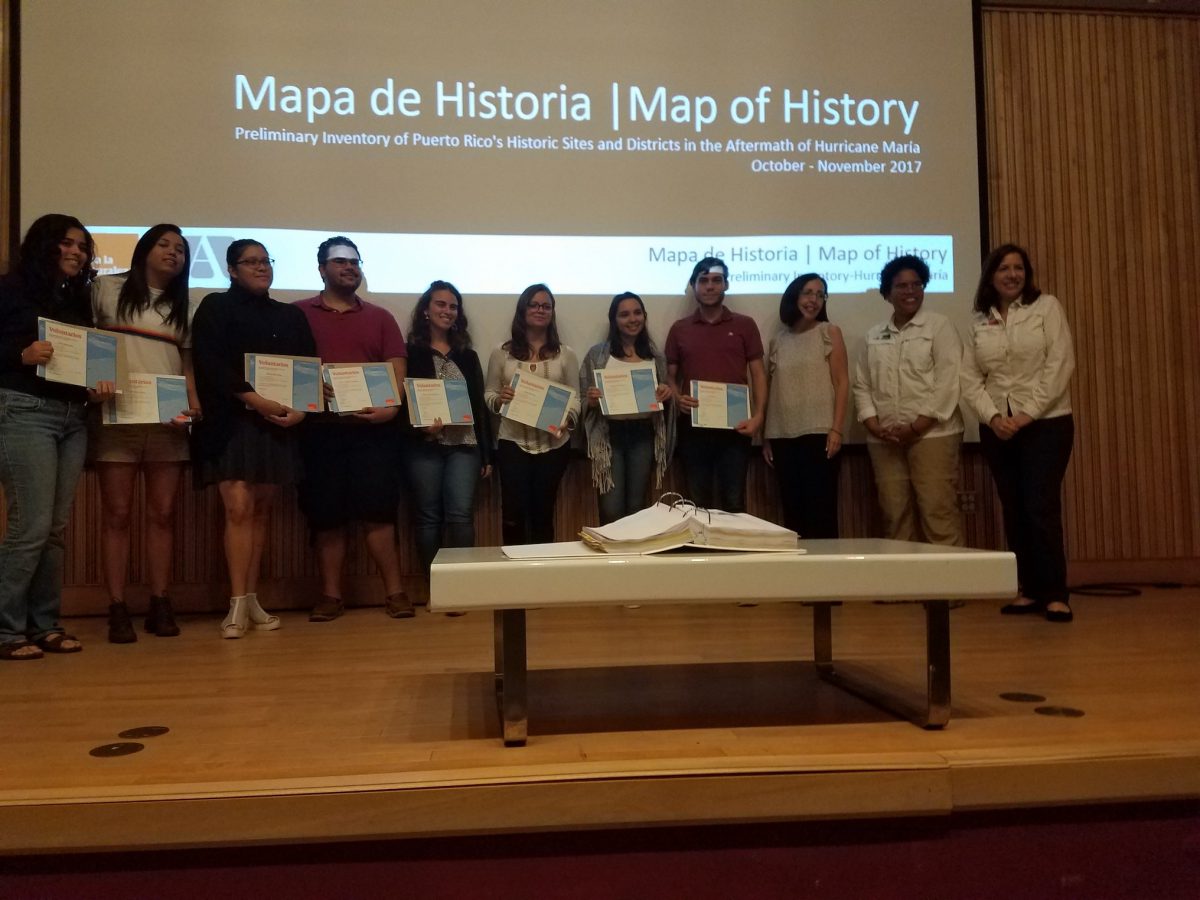 The inventory was assessed in approximately 1 month with student volunteers from the School of Architecture University of Puerto Rico with the endorsement of the Interim Dean Mayra Jimenez. Puerto Rico has 12 historic areas and 249 historic sites, which made the project complex.

To create this History Map, all areas and historic sites reported at the state and federal levels were visited. To begin to quantify the damage to historic structures and zones, volunteers followed the route of entry and exit of the eye of the hurricane.

They also used a simple form in which the basic information of the property was collected, degrees of damage to the structure and one or more photos of the damage observed. The findings showed that area to the south of the of the hurricane eye was the most damaged.

“I worked in Hacienda la Esperanza in Manatí, where there was not much structural damage, but the natural environment of the Hacienda suffered a lot of damage. We cannot control nature, but we can work to create designs that respond to it, “commented Gabriela Santa, one of the students participating in the project. For his part, the university student Héctor Verdesía commented that “explaining to people why we were there and what was our mission was a very interesting dialogue. Educating to protect our heritage is vital.”

“We did not have or had a plan, this was something we discovered on the process and we must work to be prepared for when we have the impact of another atmospheric phenomenon. The results of the preliminary investigation suggest that, despite Maria’s strong winds, there was not much damage. Now we must investigate how these structures managed to sustain themselves, “argued architect Diana Luna.

Ivonne Sanabria, Coordinator of Historical-Cultural Affairs of Para la Naturaleza added that “we formalized the idea on October 9, and by this date Diana Luna had made an inventory with a student in Guayama and was moving towards Arroyo. We immediately offered the help of Para la Naturaleza. Collect information of damage to these properties and historic areas was essential, “she said.

Map of History is a model of historical information collection to document the damages that structures and historical zones received on the island after the passage of Hurricane Maria.

Para la Naturaleza will continue to grant voluntary assistance to communities surrounding its areas and natural reserves as part of their Community.